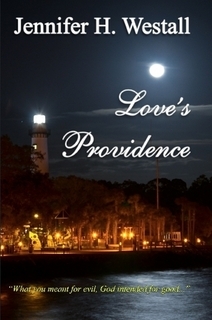 Description:
Collegiate athlete Lily Brennon has always been the piece that doesn’t quite fit in the puzzle, especially in her fragmented family, and no amount of rule-following perfection seems to bring her any closer to the love and acceptance she desperately seeks. If not for Jackson Carter, her childhood best friend and the only boy she’s ever loved, she’s sure she would have run away years ago. But when Jackson loses his father and a future basketball career within months of each other, his faith is so shattered, he shuts out everyone, including Lily.


After months of heartache, Lily begins to piece together a life without Jackson, and while vacationing on a beautiful island off the Georgia coast, she begins a long-distance romance with Alex Walker, a police officer with a quick wit and a cocky grin. He revives her hope in love again, but their intense attraction and his devastating secret test Lily’s values, stretching them until they break. Through her struggles to remain true to her principles, an agonizing choice between Alex and Jackson, and a series of terrifying events that threaten all of them, Lily must endure losing everything she’s been grasping so tightly. Only then will she discover the depth of the love that already surrounds her.


This book was really quiet the attention grabber.  Sure there’s nothing supernatural about it or apocalyptic, but there was so much drama I thought I was watching a really good soap opera, with a Christian base.  We meet Jackson and Lily as they are just getting into a disagreement and Jackson just decides that he can’t take it anymore and breaks it off with her.  They’ve known each other for the majority of their lives, childhood friends moved to a couple that belonged together, or so they thought.  Jackson’s father just died, he just learned he won’t be able to play basketball anymore because of a blown out knee and he just can’t handle everything right now so he asks Lily to just leave.
She does leave but is very heartbroken.  Lily goes with her father and his family on vacation to a small island in Georgia.  There her step sister and her step sister’s friend decide to drag her around everywhere to try and cheer her up, that’s when they meet two local cops.  One of them sparks Lily’s interest but he seems so arrogant that she thinks he’s just a jerk.  Eventually he wins her over with his charm and they begin to grow closer.  But again she’s just on vacation.  After she leaves though he gets in touch with her and their relationship grows more.  All the while she is still pining over Jackson but it’s hard and Jackson definitely wants her back but there is so much in the way and it’s all their own doing.
Lily learns a secret about Alex, but they work through it.  Even though it’s something she never thought she would deal with she does.  But her moral beliefs are always in the back of her mind thinking she might be doing something not right.  There are many things that happen between the three of them, whether it’s Lily and Jackson, Lily and Alex or even Jackson and Alex.  It’s all very dramatic and well worth the read because the story just keeps getting more and more interesting.  I really don’t want to give too much away because it’s always fun learning and experiencing everything on your own for the first time.  When you can give that tiny little gasp, or the butterflies are running rapid, and even when that first sweet endearing heartbreaking tear falls down, it’s always fun to experience it firsthand.  So I won’t get into too much of the drama, but read it, it’s worth the time.
There’s more to this story than meets the eye, that is my impression of this book and I’m really glad I got the chance to read it.
*****************************


Alex caught the flush in Lily’s cheeks as she smiled at Steve, and he took a quick glance at his partner. Steve was the nicest guy he’d ever met. Too nice. And he wasn’t about to let some snobby chick get the wrong idea about him. Besides, no matter how nice he was, even Steve could be tempted by a hot girl, and he had to admit this one was a looker. Her legs had caught his attention first—long, athletic—but it was her eyes that he kept coming back to. They were cool and aloof, wandering over everything in the park, except him. He could tell from the moment she walked over that she’d rather be anywhere else. Until now.

He’d have to nip the flirting before she mistook Steve’s goofy grin for something more than friendly conversation.

“So that makes you about, what, twenty-five?” Lily asked.

“Yep, I’m getting old.” Steve’s chest shook with his chuckle.

“Thankfully you finally found a good woman to take care of you in your waning years.” Alex darted his eyes over to Lily as he spoke, satisfied with the subtle fall of her smile.

Steve’s face lit up with his crooked grin, unaware of the hope he’d just crushed.

“How long is it to the wedding?” Alex threw that one in for good measure.

Steve looked up at the stars as if he expected the answer to be spelled out as a connect-the-dots puzzle.

“I guess about six weeks or so.” He looked back down at the girls and grinned. “I don’t have much to do with the planning. I’m just supposed to show up on time.”

The younger two dove into questions about the wedding, though Steve never seemed to give good enough answers. Lily hung back, of course, her eyes drifting down the beach. She crossed her arms over her chest and shifted her weight back and forth like she couldn’t wait to get out of there. The lights of the ice cream parlor across the parking lot went dark, and she looked down at her watch with visible relief.

“We should probably get going.”

The blond glanced at her watch as well. “We still have a little time left. What’s the big hurry?”

“You two are supposed to be back by midnight.” Lily pointed a look directly at the brunette with all the make-up. “Your parents would kill me if I let you stay out late, and you know it.”

“A few minutes isn’t going to hurt anything,” she whined.

He watched Lily squirm. She looked like a kid in desperate need of a bathroom break. Too damn good to hang out with public servants probably.

“Let me guess,” he said. “You do everything you’re told and you’ve never disappointed anyone.” She opened her mouth to respond, but he cut her off. “You’ve never missed a single curfew in your life, have you?”

“Well, that must be an exciting life.”

She swung her weight to the other hip and shot bullets of contempt from her eyes.

“Just because I take my responsibilities seriously doesn’t mean I can’t have a good time.”

Little Miss Perfect was making this way too easy. She turned and jerked her head at the other two.

They stood up and flashed adorable smiles. Then they sang their goodbye as bubbly as they had their hello. The brunette flipped her hair and winked, and he stifled a laugh. That girl was going to be trouble in another year or two.

Lily, on the other hand, was already trouble. He could feel it. Something about her still lingered after she’d disappeared, like the aftertaste of an expensive wine. It reminded him of why he hated the stuff. 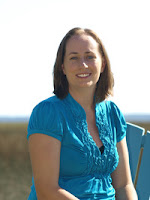 I grew up in Birmingham, Alabama and Holly Pond, Alabama, two very different towns that I love for so many reasons. Holly Pond is my soul, the place where I go to remind myself of who I am and where I come from. It's a quiet place that allows me to reset when I've fallen off track.

Birmingham is my heart, the place where I lived out my story. I go there to remember my best friend, my first love, my first job, my first heartbreak.

And then there is Saint Simons Island, the place I go to feel alive, to feel the breeze off the ocean, the salt on my tongue, the excitement of my first (and only) summer fling.

I may reside in the suburbs of Atlanta, creating memories with my sweet boys, but I call several places home.


*Disclosure of Material Connection: I am a member of Reading Addiction Blog Tours and a copy of this book was provided to me by the author. Although payment may have been received by Reading Addiction Blog Tours, no payment was received by me in exchange for this review. There was no obligation to write a positive review. All opinions expressed are entirely my own and may not necessarily agree with those of the author, publisher, publicist, or readers of this review. This disclosure is in accordance with the Federal Trade Commision’s 16 CFR, Part 255, Guides Concerning Use of Endorcements and Testimonials in Advertising*

Posted by Cathy De Los Santos at 6:00 AM

Thanks so much for the great review and post on your blog! I'm so glad you enjoyed the story!