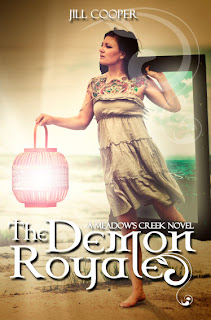 
Book Description:
The only thing worse than dying, is running away…

Since becoming employed by a supernatural protection agency, Natalie Johnson’s life has been more interesting than ever. While most teens are working on their summer tans, Natalie works on slaughtering the undead lurking just outside her town’s borders.

The workload takes more than just a toll on her love life, it dampens her spirit and her health, as the town is plagued by a mysterious murderer intent on stealing the residents’ souls. Natalie’s investigation is hampered by her declining health and the sicker she gets, the more inadequate she feels.

Guilt over her inability to act, weighs heavily on Natalie’s shoulders during a time when her strength is needed more than ever. As some of those closest to her begin to lose faith, she must make the hardest stand yet to save the soul of the one person she can always count on: 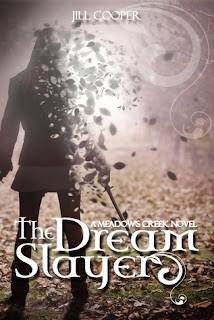 That was Natalie’s first thought when she regained consciousness on the floor beside her hospital bed. Her brain was on fire and felt like it was being torn from her skull. There was blood dripping down her forehead into her line of sight. She groaned, grabbing her temples. She was fine, that’s what she kept saying, but now all she could think was, You’re dying.

She blinked her eyes and between each blink, she saw Mark Glovin at the mess hall in the summer camp kitchen. Natalie had never been able to phase in and out of a dream so easily before. It was like she was sitting in front of him instead of the slayer.

“No, my head really hurts right now.” The slayer said the words, but so did Natalie, on the floor of her hospital room, mumbling out loud. She wasn’t even sure if the words were hers or not. Was she the slayer or was she the paladin? Some days she wondered if it mattered at all.

Natalie groaned, fighting to keep her eyes open. She reached backward and saw the nurse call button dangling from the safety guards of her bed. Medication and help were what she needed, but her outstretched fingers couldn’t reach. Her eyes rolled into the back of her head as her arm slumped beside her.

In her mind, she saw the slayer slumped on the floor of the kitchen, Mark rushing to her side.

She guessed everyone was right. There really was something wrong with her.