From the Review PIle 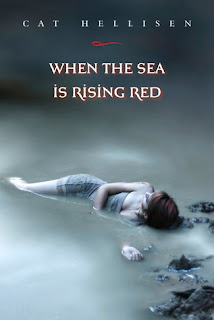 When the Sea is Rising Red
By: Cat Hellisen
Release Date: February 28, 2012

Description:
After seventeen-year-old Felicita’s dearest friend, Ilven, kills herself to escape an arranged marriage, Felicita chooses freedom over privilege. She fakes her own death and leaves her sheltered life as one of Pelimburg’s magical elite behind. Living in the slums, scrubbing dishes for a living, she falls for charismatic Dash while also becoming fascinated with vampire Jannik. Then something shocking washes up on the beach: Ilven's death has called out of the sea a dangerous, wild magic. Felicita must decide whether her loyalties lie with the family she abandoned . . . or with those who would twist this dark power to destroy Pelimburg's caste system, and the whole city along with it. 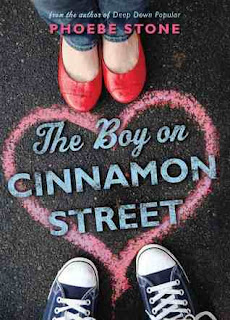 Description:
A story about a wounded girl and the boy who won't give up on her.


7th grader Louise should be the captain of her school's gymnastics team - but she isn't. She's fun and cute and should have lots of friends - but she doesn't. And there's a dreamy boy who has a crush on her - but somehow they never connect. Louise has everything going for her - so what is it that's holding her back?

Phoebe Stone tells the winning story of the spring when 7th grader Louise Terrace wakes up, finds the courage to confront the painful family secret she's hiding from - and finally get the boy
Posted by Cathy De Los Santos at 6:00 AM

Wow, the first sounds like an eery but interesting read, let me know how it works out, I would definitely like to read it too!

The first one sounds like my kind of read. Hope you enjoy both books. :)

You have When the Sea is Rising Red and you haven't read it yet?!? :P I plan to get to that one eventually...heard a lot of good things.

Here's my Awhile on the Pile post. Happy Thursday! :D

I have when the sea is rising on my TBR list, but I don't have a copy yet. I hope you enjoy both those books when you get around to reading them!

I like the premise of When the Sea is Rising!! Thanks for showcasing this.

The first one sounds pretty good. Here's My FRTP [POST].

When the Sea is Rising Red sounds awesome! I'm adding that to my list.. :)