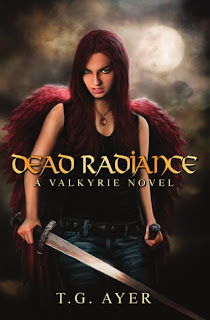 Description:
Bryn Halbrook had always seen the glow. But it is only when her best friend dies that she discovers the meaning of those beautiful golden auras — Death. Alone, lost in the foster system, she struggles to understand who she is and why she was cursed with the ability to see the soon-to-be-dead.

The new foster kid, Aidan, isn’t helping any. Mr. Perfect seems to fit in no matter what, making her feel even more pathetic. But when his affections turn to her, Bryn finds him hard to resist. Impossible actually. A mystery himself, Aidan disappears, leaving behind a broken heart and a mysterious book that suggests Bryn might not be entirely human.

Bryn stands at the threshold of a journey of discovery. Will destiny help her find herself, find her purpose and her place in a world in which she’d never belonged

I was cold, like the roses on Joshua’s casket, like the muddy dark-brown soil waiting to embrace the lifeless remains of the boy who was my friend.

My fingers curled around the stem of a butter-yellow rose, knuckles tight. I blinked away the liquid burn stabbing my eyelids. I had to get out. Give him the rose. Then get the hell away.

I tried to squeeze past the old woman who guarded my route to the center aisle, glaring. Her stares slithered down my neck as I passed. I shuffled by, careful not to touch her. But she huffed, her shoulders stiff and unimpressed with my rudeness. Her disapproval slid down my back.

I straightened my pencil skirt and short coat, scraped my wet hands on my hips. I knew the cool black silk wouldn't dry my sticky palms, but I did it anyway, needing to do something with my hands other than clutch the dead flower.

The slim heels of my pumps sank deep into wet ground. I jerked them free and swallowed, my throat aching with tears.. My best friend would soon be entombed within this sodden mush, to lie beneath Craven forever. Until his flesh fell off his bones and he turned to dust.

A cool hand tapped my shoulder.

"Bryn Halbrook. " She spat my name, each syllable harsh, and dripping venom to match the tiny emerald flecks in her hazel eyes. "You've got some nerve coming here." Cherise Barnes knew she looked good, even in drab funerary garb. She stood, a bony hip jutting out, one foot forward. The Cherise pose.

The last thing I needed was a bitch-match. Not here. I straightened, pulling my jacket closer in the face of this poisonous storm. Her eyes widened as I drew to my full height. Guess Cherise forgot it wasn't easy to intimidate a person who was a full head taller. I stared down at her.

"Perhaps you should leave." She tapped the foot. "Now."

"I am leaving, as soon as I pay my respects. You are holding me up."

A streak of red colored her cheeks. She avoided my eyes, then addressed my ear. "You shouldn't have come in the first place. You aren't welcome here."

She wasn't backing off and I knew why. Cherise was The Body here in Craven. Not the body to die for, though, as most guys didn't need to go that far to sample Cherise. Joshua had belonged to her, and she'd lost him. Lost him to me. Or so she thought.

I brushed past Cherise, had no patience for her any more. I fingered the bandage on my temple, touched the braid tied at my nape so my deep red hair wouldn't tangle in the stitches on my scalp. The slight movement shifted my hair and the wound stung, releasing a flash of memory.

I swallowed a gasp, shoving the memory out of my head.

I had to get a grip.

I'd survived and he hadn't. It didn't matter anymore. The only person who'd supported me had died on me.

I'd known he would die. And I'd done nothing to stop it.

As I neared Joshua's parents, they threw me weak and teary smiles, which made the dam of tears inside my own heart yearn to burst free. Even in their time of grief, they'd been so concerned about me, asking if I'd recovered enough to get out of the hospital, if I'd grieved enough, let it all out.

No one shared their concern, not last week and not today. Claws of ice scraped up and down my back. Again. More accusing stares. Too many eyes. More heads turning. Whispers. I ignored them. Concentrated on anything else but those voices. Cars passing by at the bottom of the hill. People going about their daily lives, neither knowing nor caring that a friend and a son and a brother was about to be consigned to the dead earth of Craven.

Stepping closer to the coffin I sucked in a sob; the hollow in my gut grew harder, more painful, as I stared at the shining black casket.

Roses trailed the ebony lid, droplets of color scattered across its gleaming surface by a careless yet artful hand. Eternity crept by while the box descended into the dark mouth of the grave.

The rainbow of color shivered, slim green stems entangled on the curve of the lid. One rose, bright, blood red, slid off, as the coffin moved deeper and deeper.

Ice sliced through my veins.

Piercing to the bone and to the soul.

Blank, grey afternoon skies shed occasional tears for Joshua O'Connell. The casket lurched, then continued its descent. I gave in. Better give him the rose, a little piece of me to take with him.

I choked on a breath, swallowing a wave of nausea.

Sparks spit, ozone coats the back of my throat.

I stopped at the edge of the gaping wound in the earth. Something felt wrong. Inside the grave, the black box came to rest within deep grasping shadows. Darkness simmered, broken by a line of glimmering, golden light that seeped through the edges of the casket.

He still glowed and I was still helpless.

My fingers uncurled their desperate grip on the rose and it fell, tilting, to drop head first onto the coffin, twirling as it descended into the eerie depths. It hit the lid and shattered. Petals flew in all directions and everywhere yellow scraps of the dismembered flower reflected Joshua's iridescent light.

I turned, eager to flee.

Not possible. Not in heels, which sank into the mushy soil as if the soft earth itself yearned to claim me. Not when mourners had risen from their seats and were lining up to toss soil and tributes onto the casket. I struggled for breath, my heart knocking double, triple time like an angry jackhammer abandoned in my chest.

I steered a path through the crowd. Ignored a young man in the middle row whose skin held the first yellow specks of iridescence. Who was he? Did it even matter who he was? I sighed. It wouldn't be much longer for him anyway. I ignored the woman with the red-rimmed eyes, holding onto his arm. I didn't want to see him patting her pale hand and giving her that watery smile.

Will she be alone, like me, when he's gone? Who will pat her hand then?

I breached the throng and paused to breathe.

To wait for my erratic heartbeat to slow down.

To forget I left my friend behind, alone in the unforgiving ground. 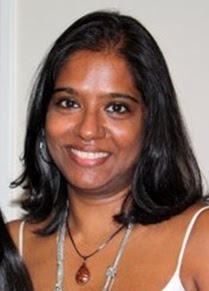 I have been a writer from the time I was old enough to recognise that reading was a doorway into my imagination. Poetry was my first foray into the art of the written word. Books were my best friends, my escape, my haven. I am essentially a recluse but this part of my personality is impossible to practise given I have two teenage daughters, who are actually my friends, my tea-makers, my confidantes… I am blessed with a husband who has left me for golf. It’s a fair trade as I have left him for writing. We are both passionate supporters of each other's loves – it works wonderfully…


My heart is currently broken in two. One half resides in South Africa where my old roots still remain, and my heart still longs for the endless beaches and the smell of moist soil after a summer downpour. My love for Ma Afrika will never fade. The other half of me has been transplanted to the Land of the Long White Cloud. The land of the Taniwha, beautiful Maraes, and volcanoes. The land of green, pure beauty that truly inspires. And because I am so torn between these two lands – I shall forever remain cross-eyed.