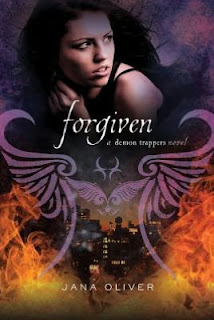 The days are growing darker for 17-year-old demon trapper Riley Blackthorne. With her father’s reanimated body back safely, Beck barely speaking to her because of a certain hunky Fallen angel, and a freshly-made deal with Lucifer, she has enough on her hands to last a normal teenage lifetime. Though she bargained with Heaven to save his life, her ex-boyfriend Simon has told the Vatican’s Demon Hunters that she’s working with Hell. So now she’s in hiding, at the top of everyone’s most-wanted list.

But it’s becoming clear that this is bigger than Riley, and rapidly getting out of control: something sinister is happening in Atlanta… or someone. The demons are working together for the first time ever and refusing to die, putting civilians in harm’s way. Riley thinks she might know who’s behind it all, but who’s going to believe her? Caught between her bargain with Heaven and her promise to Lucifer, Riley fears the final war is coming – and it may be closer than anyone thinks…

Posted by Cathy De Los Santos at 7:48 AM

great pick! I love this series!