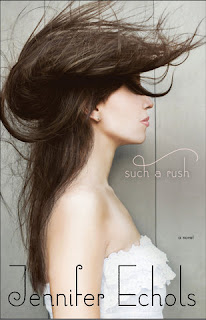 Description:
A sexy and poignant romantic tale of a young daredevil pilot caught between two brothers.

High school senior Leah Jones loves nothing more than flying. While she’s in the air, it’s easy to forget life with her absentee mother at the low-rent end of a South Carolina beach town. When her flight instructor, Mr. Hall, hires her to fly for his banner advertising business, she sees it as her ticket out of the trailer park. And when he dies suddenly, she’s afraid her flying career is gone forever.

But Mr. Hall’s teenage sons, golden boy Alec and adrenaline junkie Grayson, are determined to keep the banner planes flying. Though Leah has crushed on Grayson for years, she’s leery of getting involved in what now seems like a doomed business--until Grayson betrays her by digging up her most damning secret. Holding it over her head, he forces her to fly for secret reasons of his own, reasons involving Alec. Now Leah finds herself drawn into a battle between brothers--and the consequences could be deadly.

Jennifer Echols writes really good contemporary and I am excited about Such a Rush too. I wish I had hair like the cover girl's hair!

Good choice. I can't wait for this one either! (It was my WOW last week.)
Waiting For Wentworth

This one sounds so awesome! A daredevil stuck between pilots?! AWESOME! Great pick, thanks for sharing!

Oh, this one sounds interesting... I can't wait to see what people think of it...