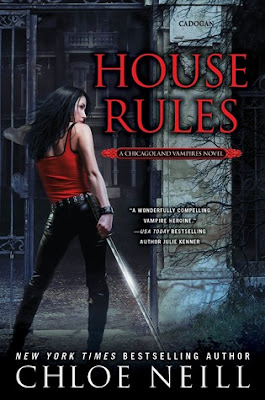 Description:
In a city full of vampires, trouble never sleeps.


At the tender age of 27, Merit became a sword-wielding vampire. Since then, she’s become the protector of her House, watched Chicago nearly burn to the ground, and seen her Master fall and rise. Now she’ll see her mettle—and her metal —tested like never before.

It started with two . . . Two rogues vanishing without a trace. Someone is targeting Chicago’s vampires, and anyone could be next. With their house in peril, Merit and her Master, the centuries old Ethan Sullivan, must race to stop the disappearances. But as they untangle a web of secret alliances and ancient evils, they realize their foe is more familiar, and more powerful, than they could have ever imagined. 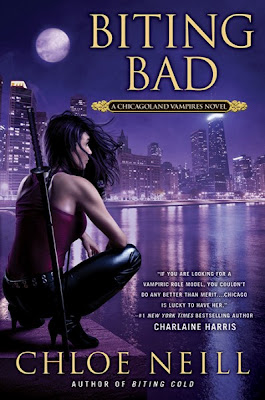 Description:
Book 8 of the Chicagoland Vampires series by Chloe Neill


Welcome back to Chicago: Famous for sports, pizza, and vampires. At

the tender age of twenty-eight, Merit became a sword-wielding vampire.

Since then, she’s become the protector of her House, watched Chicago

nearly burn to the ground, seen her Master fall and rise, and saved her

best friend from self destruction. But this might be her toughest fight yet...
Posted by Cathy De Los Santos at 12:00 AM

Not really a fan of vampires, but I hope you enjoy these! Thanks for sharing...and here's MY WOW POST