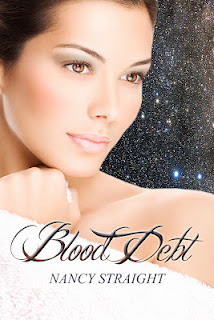 Description:
Her whole life, it had just been the two of them. Before her mother’s last breath, she gave Camille the information she had craved her entire life: the identity of her father. Daring to contact him, Camille was welcomed by an entire family she never knew existed. But nothing comes without a price, as she discovers when her family claims a legendary heritage tracing back to a centaur touched by Zeus.

As she learns the secrets of her Centaur bloodline, she is drawn into a forbidden love with Drake. Her life may be the blood debt required to pay for her mother’s transgressions. The same person who once held her mother captive, and forced her into decades of hiding, now controls Camille. Her only chance is to seek a piece of her mother’s past that will win her freedom and the life she desperately wants.

***********************
Review:
This book was a breath of fresh air. I love mythology but never have I read anything in depth about Centaurs before and that's what this book was about. It was a wonder and joy to read about them and their different customs and of course the history of their mythology as told by the author. I loved every minute of it, I couldn't put it down and now I can't wait to find out what is going to happen next.

We meet Camille just as her mother passes away she tells her who her real father is, curious as to who he is she looks him up and to her surprise he's happy to hear from her and about her since he didn't know she existed. But with this comes a lot of secrets such as that both her parents are decedents from Centaurs and they are both full blooded which means so is Camille. With her being a female and there being such few females she has her pick of suitors as the ration is almost 10 to 1 (I don't remember the exact ratio but you get the picture lot of men very few females). But of course she doesn't want to get married she's too young.

Not only does she have her dad in her life but also a new family which includes a stepmother and five stepbrothers who will do anything to keep her safe as Centaurs are very protective and warrior like. At the eldest sons wedding she meets Drake, but he's betrothed to another. She also meets the man her mother was betrothed to and he declares he wants to collect on his blood debt. If someone doesn't carry through what they were supposed to the jilted party gets to claim blood debt. He says that if his eldest son isn't married by 29 she will marry him but until then she cannot be with anyone else. This for her is good and bad because she’s not ready but then she catches feelings for Drake. But he is betrothed to another, her new best friend. It's all very dramatic and beautiful because they belong together. Instead of a love triangle Nancy Straight has created a love square which in theory the plan they came up with would totally work but then …

Her maternal grandmother decides to take her granddaughter to teach her the ways of her ancestors and about them, also making sure that her destiny doesn't become a reality. She wants her to be with someone that is not her Destiny because she is power hungry. The women in the herd have special powers such as telekinesis, predicting the future and speaking with spirits. Throughout the book everyone tries to teach this to Camille but she just can't get it right, and the only thing she wants is to be able to communicate with her mother.

There is so much drama that happens in this book and it was exciting, sad and just too much fun to read. I read this book very quickly because it captured my attention from the very beginning with a book that wasn't about vampires or werewolves but something unique and different. The characters were strong and interesting. I couldn't put this one down.

The cover is also beautiful and ethereal I can completely picture Camille looking like that and the background is perfect with the Centaur history being connected to the stars. I can't gush enough about this book seriously and Drake sounds adorable.


I have been fortunate enough to meet some incredibly talented authors in the Paranormal Romance genre. When I think of Angels, I immediately think of Amy Bartol and Tiffany King. I hear fairies and Christie Rich’s series comes to mind. Magical beings? My heart races when I remember reading Rachael Higginson and Charlotte Abel’s series. I could go on and on, so the short answer is most of the characters I had considered writing a series about had already been written, superbly!

When I finished the Destiny Series I was pleased with the originality of the story and I wanted to start a new series that would be just as original. I should preface this with, I read ALL THE TIME, and realized I knew almost nothing about Centaurs. There had always been a kind of mystery about them for me, so I began scouring the internet and my library. It turns out: very little had been written about Centaurs.

I was excited because instead of trying to fit my story into hundreds of legends, there were relatively few compared to other mythological characters. It also gave me the freedom to create some Centaur history, too. I know what your followers are thinking, Centaurs? Really?

I promise, these are not the Centaurs you’re thinking of that are half people / half horse, at least, not anymore.

Sagittarius is the constellation shaped like a Centaur that most of us are familiar with. I started my research there and quickly found out Sagittarius was said to have been an immortal Centaur named Chiron. According to the lore, before he became a constellation, he was one of the few Centaurs who was civilized, described as: more man than beast. Chiron was a physician, a musician, a patron of the arts and a teacher. According to Greek Mythology, one of his prize pupils was Hercules who unintentionally shot him with a poison arrow. That incident is how Chiron was eventually placed in the heavens by Zeus and is the event where my Touched Series launched from.

Blood Debt (Touched Series Book 1) explains that after Zeus placed Chiron in the heavens to watch over his children, Zeus allowed all Centaurs to take human form to make up for his son, Hercules, careless action. The Centaurs retained their magic and still trace their bloodlines back to the original pasture, but many of the rules adopted a millennia ago, seem archaic by today’s human standards.

So why Centaurs? I feel pretty lucky; Centaurs are one of the few characters in the Paranormal Romance genre that don’t have many modern stories written about them. I hope one day when people think of Centaurs they equate my series to the subject, the same way I immediately think of other fabulous series from friends who’ve written about characters I adore: Angels, Vampires, Werewolves, Magical Beings, etc.

Cathy, I’m truly thankful you signed up for the Blood Debt tour! I look forward to staying connected to you after the tour is over! 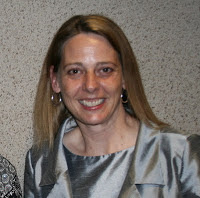 Nancy was born in Sioux City Iowa, left the cold of the Midwest in 1991 and only returns to see family in the summer time. She spent ten years traveling the world as a US Marine and settled in rural SC. She has two fantastic son, three rotten dogs and an amazing husband. When not writing she enjoys RVing with her family, swimming and reading all types of romance genres. Her favorite is paranormal romance.