Description:
Sometimes, we don’t get to choose who we fall for.

Lennon spends most of his time raising his little sister Currie while trying to skate through his senior year of high school. He prefers groupies with no-strings attached but finds himself strangely attracted to Jinx, the straight-A student in his choir. Lennon’s curiosity overrules his good sense as he tries to peel away the layers to discover the reason for Jinx’s skittishness.

Jinx conceals the black truth about herself from her friends. She won’t admit to them that she screwed up big time, losing her first love and what she once held most precious.

When Lennon’s band holds auditions to replace their keyboard player, Jinx comes to tryout and almost leaves after seeing Lennon. Despite the fact she despises him, she joins the band to nurture her love of music that will hopefully ease the guilt gnawing away at her.

Like the rest of his band mates, Jinx soon witnesses Lennon battling his infamous father for the custody of Currie. While confronting his pent-up anger at his dad, Lennon exposes vulnerabilities he had no intention of letting any girl ever see, especially Jinx. Their reckless pasts may bring them together or further complicate their already messy lives.

****************************
Review
Sometimes a book comes around and you get the pleasure of reading it and it completely touches you in every way.  This was that kind of book.  It was emotional, serious, fun and an all around must read for any person who enjoys reading young adult books or just any book in general, that's how good it was, I would recommend this to anyone and everyone.  The characters were wonderful and addicting and the story line was amazing and throw in some music and it was just perfect.

We meet Lennon and Jinx right away.  Each one are very different from the other but still they have so much in common, they just don't know it yet.  Jinx catches Lennon in a compromising position and kicks him out of her party.  This is where the fun begins.  Lennon is a well known player and Jinx is anti men, at least that's what everyone thinks since she broke up with her ex.  Their relationship has never been a good one, mainly nonexistent.  That is until Jinx walks in to audition for Lennon's band and becomes his new keyboardist.

With this new close proximity to each other they are now bound to get into each other's business.  They both have family issues and are trying to get passed them but throughout this Jinx learns that Lennon isn't the man whore she thought he was, he still is but he is also a very caring person and this touches her more than anything.  He later finds out the truth about what happened to Jinx as well and learns that he needs to be careful with her and make sure she feels comfortable throughout their growing relationship whether it's a friendship or more.

There are also Currie, Lennon's sister and her best friend Zoe.  Lennon has taken care of Currie her whole life and would do anything for these two girls.  Their relationships are absolutely adorable in every way possible.  They represent what a family should be to one another, it was simply beautiful  Because of these two beautiful girls everyone rallies together to be there for them and the entire story line between all the characters is very moving.

My hear breaks and smiles throughout this book and it makes you think some things in life are just really unfair and shouldn't happen to the most innocent of people.   But then there are other parts where there is so much resentment and hate that it makes you realize there are people out there that don't deserve a second or even a first chance.  This book really had it all.  The good the bad and the ugly.  It is a must read, because it has all the elements of a book that will make you feel and remember for a long time.  I know that I will remember this book.

The cover was great, really reminds me of how Jinx is described in the book and she completely looks like a rock star.  The major bonus in this book was that there were songs written by both Lennon and Jinx, which brings in their prospectives even further.  I love books that involve music together.  I really do think that music can bring out so many emotions in you and bring back many memories. The author also has a great writing style when it goes from one character to the next so you get both point of views.  This is something I always find entertaining to see a male and female point of view of the same situation. Great characters, great story, great music, great writing and overall greatness. 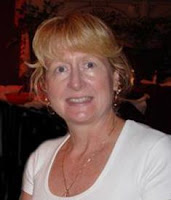 Chris Myers suffers from an overactive imagination. In second grade, Sister Bernice produced Chris's first play about pumpkins mauling and eating children. Apparently, the nuns didn’t catch the underlying meaning. This instantly raised Chris to stardom amongst her peers for the several days off from schoolwork while in production. She spent her high school years writing torch songs for fantasy guys then moved onto writing thrillers and young adult. Chris lives in Colorado with her daughter, her better half, and BeBe, a rambunctious Bichon.

Chris literally has very few photos of herself, even though photography put her through college. Here she is with her sisters and daughter. Chris is the one with the vino.

Chris started out as an art major, then moved to bio-chem, hoping to play Victor Frankenstein as a genetic engineer or messing with people's minds as a psychiatrist. Just as she was about to graduate, she decided being broke for another four to ten years wouldn't work out for her adventurous spirit and traveling. She ended up with an electrical engineering degree then a masters. As it turns out, she should've finished her first novel twenty-five years ago and stuck in the make-believe world where she is happiest.

Wow. Thank you so much. Originally, this book had lyrics for Tiny Dancer embedded into it, but due to legalities, I removed them. I still cry whenever I hear that song.

Thanks for review. You make this sound like a must-read for sure.