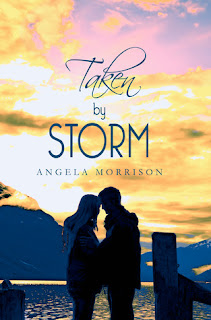 Description:
Mormon girl Leesie has life figured out until devastated Michael lands in her small town high school. He needs her like no one has before. A rare journey into a faithful LDS teen’s intimate struggle.

"[Morrison] handles the topics of religion and premarital sex gracefully without passing judgment. The message has less to do with religion than learning to respect and cherish others while staying true to one’s own beliefs.” – Publisher’s Weekly, starred review

Ten years ago this week, Taken by Storm's scuba-diving hero, Michael, swam out of Angela's brain and onto her page. Join the anniversary celebration! Win your own copy of the brand new paperback! Snag Taken by Storm's Kindleebook for only $ .99! Unbroken Connection (Book 2) and Cayman Summer (Book 3) are free on Kindle! Hurry. The promotion ends Friday, July 20th. Don't own a Kindle? Download free Kindle apps for your laptop, tablet, iTouch, or phone.

Meet Leesie:
from Leesie's Most Private Chapbook, Prologue, Taken by Storm, "What does it Matter?"

What does it matter if
another jock pinches me
as I walk down the hall to Physics
and high fives Troy, celebrating
like he just scored
the season’s first touchdown?

As I stalk past Troy,
architect of my torture,
I’m frozen, a block of ice—
not a single drop melts.

All hail the Mormon Ice Queen.

What does it matter?

I know the commandment,
but I don’t even consider
turning the other cheek.

And, yes, it hurts, but
life without pain
isn’t much of a test.

This feeling can’t be lonely—
I’m not alone.

I walk with His hand on my shoulder,
His voice whispering in my soul,
His love soaring in my heart,
His suffering
my
salvation.

What else could possibly matter? 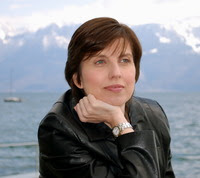 Angela Morrison is the award-winning YA author of Taken by Storm (Books 1-3) and Sing me to Sleep. She graduated from Brigham Young University and holds an MFA in Writing for Children and Young Adults from Vermont College of Fine Arts. She grew up in Eastern Washington on the wheat farm where Taken by Storm is set. She's an advanced NAUI, Nitrox certified scuba diver. The hurricane that kills Michael's parents was inspired by a real-life diving accident.


After over a decade in Canada, Switzerland, and Singapore, Angela and her family are happily settled in Mesa, Arizona. She enjoys speaking to writers and readers of all ages about her craft. She has four children--mostly grown up--and the most remarkable grandson in the universe.

Posted by Cathy De Los Santos at 6:00 AM

Hi Cathy, Thanks for helping me celebrate today. Beautiful job.