Top Ten Tuesday is an original feature/weekly meme created by The Broke and the Bookish. This feature is great because everyone loves lists, including me.


This week's Top Ten is:
Top Ten Books That Have Been On My Shelf For The Longest But I've Never Read

This one is an easy one because I could have a top 100 list with this haha. Ok so some will be beginning of series I've always wanted to read but haven't had the time to, don't get mad :-) 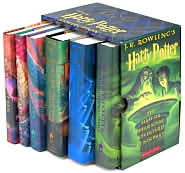 1. Harry Potter Series - I just never had the time to and I have almost all the books, I read the first one and saw it was very close to the movie, so I punked out and just watched all the movies :-)

2. If I Stay by Gayle Forman - I've heard good things about this and another book in the series came out, I will get to it soon I'm sure.

4. Blue Bloods series by Melissa De La Cruz - just looks like another good vampire series that I just haven't been able to get into but I have them available.

5. The Iron Fey Series by Julie Kagawa.  With the new books coming out it just makes me want to read the series even more.

6. The Immortals Series by Alyson Noel.  I love the covers and I'll get to them eventually, I know i will.  Plus I really want to read the ones about Riley Bloom.  I understand they are a spinoff.

7. The Seven Kingdoms series by Kristin Cashore.  The books just intrigue me. 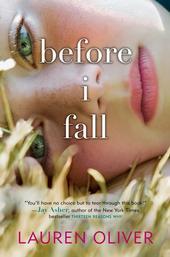 8. Before I fall by Lauren Oliver.  I've tried to start reading this book many many times, but something keeps stopping me and I never make it past the first few pages.  I will read this through.

9. Any of the Jaz Sparks books by Jennifer Rardin.  I've heard they don't need to be read in order, so that's always a plus I have a lot of them but haven't had the time.

10.  Last but not least.  The book I have had on my shelf forever but haven't read, don't laugh.  Are You There God? It's Me, Margaret by Judy Blume.  I can't believe I haven't read this book.  I have it but haven't read it.  I'm missing out aren't I?

What's on your list?
Posted by Cathy De Los Santos at 9:00 AM

You're making me cry a little on the inside; you haven't read HP? The books are soooooo much better then the movies!

I wouldn't bother with the Immortals. The longer you read, the more painful the series gets.

hahaha I haven't read most of your list, either. I have read the Cashore books, tho... most folks really like Graceling OR Fire, not necessarily both and how often does a writer pull that off? I'm a Graceling fan 'cause I like the killer fighting skills.

The League Series by Sherrilyn Kenyon! And I can't believe you haven't read HP! But you do have to start Blue Bloods and Immortals. Alyson Noel just struck a drama adaptation deal. But be warned, Blue Bloods book 1 can be off putting because of all the label dropping but the story itself is multi layered. Immortals has a lot of that new age thought going on.

Harry potter gets better further in. My favourite is Goblet of Fire though. ;)
Here’s my Top Ten Tuesday post. :)

If I Stay is so amazingly awesome... I really enjoyed the Iron Fey series too.

I hope you read Harry Potter someday; the books are still very different from the movies, and there are a lot of details that I love that don't get included.

Also, The Seven Kingdoms series is pretty darn awesome. I'm a bigger fan of Graceling than Fire though.