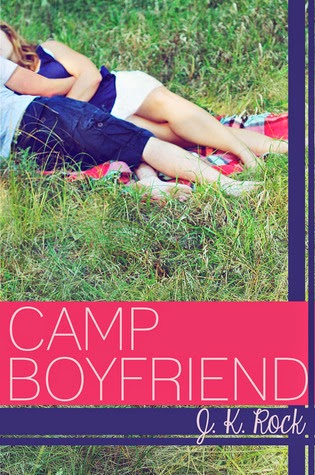 Description:
The summer of her dreams is about to get a reality check.They said it couldn't be done, but geeky sophomore Lauren Carlson transformed herself into a popular girl after moving to a new school halfway across the country. Amazing what losing her braces and going out for cheerleading will do. Only trouble is, the popular crowd is wearing on Lauren's nerves and she can't wait to return to summer camp where she's valued for her brain instead of her handsprings. She misses her old friends and most of all, her long time camp-only boyfriend, Seth. This year she intends to upgrade their relationship to year-round status once she's broken up with her new, jock boyfriend, Matt. He doesn't even begin to know the real her, a girl fascinated by the night sky who dreams of discovering new planets and galaxies.But Matt isn't giving her up without a fight. As he makes his case to stay together, Lauren begins to realize his feelings run deeper than she ever would have guessed. What if the guy she thought she was meant to be with forever isn't really The One? Returning to Camp Juniper Point was supposed to ground her uprooted life, but she's more adrift than ever. Everything feels different and soon Lauren's friends are turning on her and both guys question what she really wants. As summer tensions escalate, Lauren wonders if she's changed more than she thought. Will her first big discovery be herself?

Review:
I have been meaning to read this book for quite a while now and I'm happy I picked it up.  It had a really great story behind it of finding yourself and not letting other people define you.  This is something I think all teenagers need to follow and I think the author did a great job of showing this.

Lauren has recently changed from the last summer to this, both in looks and likes and this can change a person completely.  It's that time in her life when things start to define you and even though she has a boyfriend she is happy to let him go and go back to summer camp and her camp boyfriend.  But will he still like her after all the changes that have occurred.  She won't really know because her boyfriend is currently going through something so hard that she couldn't break up with him and he ends up going to camp with her.  Talk about adding confusion and of course a disruption of her original plans of getting back with her camp boyfriend.

In here lies the story of what to do, go back to the old her or deal with the new her.  It's hard when even her friends from the camp don't want to hang out with her because they too believe she has changed too much for them, she's just too cool now and they believe she belongs with the popular clique.  But then again the popular clique don't believe she's worthy.  She's in that in between stage and she just wants everyone to get along like they used to when they were younger.  But as you grow up you learn new things not only about yourself but people you thought were your friends.

Torn between the two guys she chooses no one for a while but it's still difficult because she likes them both for different reasons, but they also like two different girls so now it's all about finding the real Lauren and what she's about.  This is what I liked most about the story. I really like the cover because really it could be anyone.  Camp is an adventure on itself and it's fun to see how these kids go through it.  Sometimes people can be so fickle, great to see a book that can actually happen in one way or another.

Overall I thought this book was great and I'll be checking out the next book in the series.
Posted by Cathy De Los Santos at 10:33 PM