Review: Only For Him by Cristin Harber 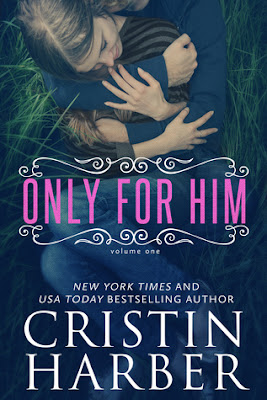 Description:
Grayson Ford and Emma Kinglsey—close since they were kids, opposites in every way. He’s the stuff high school crushes are made of, Mister Popular, and captain of every team. She’s artsy, cute, and not in his league, though fully aware of Summerland’s "I Dream of Dating Grayson Ford" support group.I can’t say no. The girl’s had my heart since before I knew it went missing.He hides a life of hell. His father hates him, his mother’s gone. Emma is his only savior, yet she doesn’t know her power over him. She’s the only girl he wants, the only one he could ever tell—though he won’t.I’m stronger, bigger, more of a man than he’ll ever be, but because I ruined his life, I’ve taken his crap, his attacks, the vulgar nature of his existence.Until she discovers Gray’s embarrassment, his humiliation. Emma fights for him, for a chance. Theirs is a Cinderella story that she believes impossible. But as the layers peel back, it’s just a guy who needs a girl in order to keep breathing.My mind is already doodling Mrs. Grayson Ford in imaginary notebooks. He has no clue where my head is at… But, given that I didn’t see what just happened coming, maybe I have no clue where his head is at either.

Review:
This book was very short and a little more insta for my taste, but still I think it got really interesting at the end because all I could say was I knew it!  I didn’t really know it but I knew something had happened, or was going to happen.  The author really went rather quickly with this book even if the first few chapters were getting to know the characters earlier on their high school lives, and then moving on to the final year.

I really actually liked Grayson, he’s complex and I’m definitely interested in learning more about him and why he feels the way he does.  There’s a lot going on in there and I enjoyed that the author shed light into domestic abuse, sometimes it’s a topic that most people would rather ignore than get into.  Seeing it upfront in front of you is one thing and hiding it is another.  Even though I think there are more characters in the back that even if they had their suspicions they should have voiced their opinions.  I truly believe you should always tell, I don’t care if they call me a snitch I’d rather get things done the right way.

Anyway back to the book, Grayson was a great complex character while Emma was a little simpler.  She definitely fell for her brother’s best friend, which let’s face it many people tend to do this.  Even if it’s just fantasizing about it but when it really happens it’s an adorable thing.  I think their interactions were a little awkward, rushed and not that inviting but I’m only hoping that from here on out with an ending like that that things will get better.

I do think the cover is cute and it definitely caught my attention but I was hoping for more from the book, but this is my first book from this author and I’m definitely going to give the rest of the series a try.  Initially I found this book on Amazon and saw that it was free, it’s always good to have books that are in a series and have the first one be free so that you can get more interested and want to read the remainder, did that make sense?  Hopefully it did because I’ve found other great series that way too.
Posted by Unknown at 2:54 PM