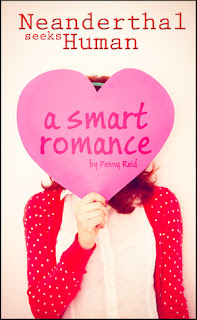 Description:
There are three things you need to know about Janie Morris: 1) She is incapable of engaging in a conversation without volunteering TMTI (Too Much Trivial Information), especially when she is unnerved, 2) No one unnerves her more than Quinn Sullivan, and 3) She doesn't know how to knit.After losing her boyfriend, apartment, and job in the same day, Janie Morris can't help wondering what new torment fate has in store. To her utter mortification, Quinn Sullivan- aka Sir McHotpants- witnesses it all then keeps turning up like a pair of shoes you lust after but can't afford. The last thing she expects is for Quinn- the focus of her slightly, albeit harmless, stalkerish tendencies- to make her an offer she can't refuse.

Ok so you may see a few more reviews from this knitting in the city series because I went and got all of them because that’s how much I loved that Ninja book.  Oh well so this is the first book in the series, and it was smart and adorable and addicting because I couldn’t put it down.  Penny Reid did a great job on keeping my interest throughout the book with the most random facts.

Imagine being a walking Wikipedia, that’s how Janie Morris is, and it’s charming.  Whenever she gets nervous or there is an awkward silence she just can’t help herself, random facts just spew from her mouth.  It’s quirky and interesting and I loved that about her.  She has the worst day ever, like anything that could have gone wrong absolutely goes wrong.  Embarrassing, frustrating, annoying, unfortunately and just really an awful all around day for her, almost all of it.  That is until she finally meets the security guard she has been stalking, Hottie McHotPants!  Their meeting is unfortunate or maybe it isn’t because everything happens for a reason after all.

They happen to run into another again, one thing leads to another and they become friends.  Eventually coworkers.  It’s cute seeing them together and how utterly clueless Janie can be when it comes to Quinn.  He’s hinted things randomly and still she just doesn’t get it.  It doesn’t help that she thinks so low of herself, girl sometimes guys like girls with curves especially if they are all in the right places!  You know!! So it was fun watching them interact with one another.  Very sweet and fun, and very informative random facts.

I greatly appreciated that they worked into something, sure they lusted after one another from far away at first, but they did get to know each other a little more throughout the book.  They sort of took time before anything serious happened.  It wasn’t a wham bam thank you ma’am can I have another type of book.  It was a work to get there and then work to keep it there that is reality.  Things just don’t fall into place all the time sometimes you have to work for them and you have to compromise and share things.

I admired the intelligence of this book and the author’s writing style.  It’s intrigued me and I will get through all of these books sooner rather than later.  I think the cover is unquestionably adorably and if I saw that in the store I would definitely pick it up to see what it’s about.  Great series and I can’t wait to read what else is in store for this knitting group!