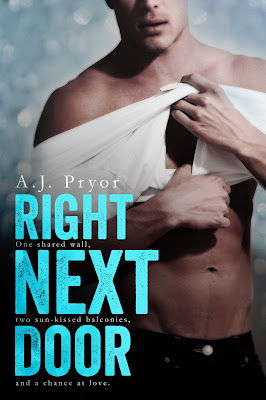 
Description:
My fiancé is officially a married man. The only problem is that he isn’t married to me. . . Addison Peacock has been stuck in the same seaside town her entire life. When her college boyfriend proposes the night before graduation, she can finally see the future she’d always dreamt about. But the sudden illness of her father causes her to put that future on hold, and her soon-to-be husband leaves, with nothing but a promise that one day he’ll return.Now, five years later, he’s kept that promise. There’s only one problem . . . he’s already married. Crushed twice by the same man, Addison needs a distraction, someone to get her back on her feet and mend her broken heart. As luck would have it, Damian Walker has just moved in next door. Having rebuilt his own life after a drunk driver stole his career, his heart . . . everything, Damian knows what it’s going to take to get Addison’s life back on track. But he’s not going to be anyone’s rebound. His life is complicated . . . there’s no room for one-night stands. Until Addison knows what she’s looking for, neighbors are all they’ll ever be. One shared wall, two sun-kissed balconies, and a chance at love...a twist of fate. Could the possibility of a future be right next door?
Review:

Being on the rebound is difficult for some people and sometimes you fall into a new relationship thinking one thing but it ends up being something completely different, I guess it all depends on who that rebound is.  A.J. Pryor does a good job showing this experience between two people who started out as friends/neighbors and evolving into something so much more.

We meet Addison who recently rekindled something with her ex who left her and married someone else.  It’s all very consuming to her and overwhelming to say the least.  Especially when someone new moves in next door and he begins to take over her life.  Damien is the type of guy who lets everything consume him, the bad and the good and when he meets his new neighbor it’s all he thinks about.  Helping Addison to get her life back on track and helping her release the old feelings he had for her ex all while seducing her the best way he knows how.

There are some very steamy and angst ridden scenes in this book, but that’s not all it’s about.  It’s not just a physical relationship the two of them share because they are both attempting to heal from tragedies in their lives.  All be it not the same tragedy but is something major that happened to each of them respectively.

Addison has had a lot of people leave her life without any closure so when her ex comes back, she tries to get that closure but he’s quite persistent and leads to some interesting drama and confusion on her end.  Meanwhile Damien is dealing with his own tragedies, and the results of them.  Lots of mystery where he’s concerned and it just makes you want to read more about him to find out what’s really going on in that head of his.  He seems super intense and to some that might be good but I’m not the hugest fan, but still a hot neighbor I’ll take it!

Overall this book was a good quick and interesting read, definitely good beach reading with all the steaminess going on getting you even more hot and bothered.  The characters were good and the story was just as good too.  Great read.

The cover is very eye catching, but for some reason in my head I picture Damien just a little bit beefier, but I’ll say it again.  Neighbor like that, I’ll take it!

A.J. Pryor lives in Los Angeles with her husband and two daughters. If not home writing, you can find her at the beach, the yoga studio or the soccer field with her girls. An avid reader of contemporary romance, new adult and young adult novels, her Kindle is always within reach. She has a Bachelor of Arts degree from the University of California, Santa Barbara.
Buy Links:
Amazon | BN| iBook | Kobo
Links:
https://www.facebook.com/AJPryorauthor?fref=ts
www.twitter.com/ajpryor1