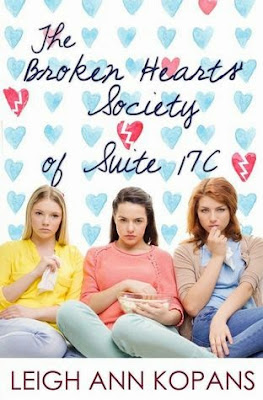 Friends don’t let friends make the same horrible relationship mistakes twice.
Rion, Amy, and Arielle, the three occupants of first-year dorm Harrison Tower’s Suite 17C have never met before the first day of school, but they soon discover they have one thing in common – being on the wrong end of an epically awful breakup.
Heartbreak sucks, especially when the girls should have seen the trouble coming from a mile away. But there’s no better time than the beginning of college to take charge of your own love life, and nobody better than a roommate to keep you accountable. Over ice cream and pizza their first week, the girls vow never again to date anyone like the assholes who ripped their hearts out and smeared them across the quad.
And that’s how the Broken Hearts’ Society of Suite 17C is born.
Now, if only Crash, the tattooed, pierced, and probably stoned guy who works at Rion’s newest job, wasn’t so damn sexy and sweet…
If only Matt, the thoughtful and driven pastor’s kid, would quit being so okay with just being Amy’s friend…
If only Lauren, the innocent small-town girl with her own set of issues, would stop finishing Arielle’s sentences and invading her dreams…
it would be a lot easier for the girls to keep their promises to the Society and to themselves.
If only.
Review:
I’ve never read anything by this author but I now feel the need to get every single book she’s ever written because this book was just so amazing in so many different ways.  From the characters, the settings, the situations everything was there.  I can even completely see this as being a TV show that’s for sure.  There’s so much going on and it was all beautifully written to keep you hooked from the very beginning.

We meet three main characters that couldn’t be more different from another and they all have their own specific issues, especially with their significant others.  You have a girl from a broken home with a tough exterior and a tough attitude, another who is a complete Susie homemaker churchgoer who always does what she is told and lastly a proud lesbian who is really just trying to find a place to fit in.  Again, like I said, couldn’t be more different from one another, but they are now roommates and learn to love and help one another rather quickly.  It’s really beautiful seeing such different girls getting along so greatly when they wouldn’t have expected it to begin with.

Each girl has their own story and their own breakup and situation, I don’t want to tell too much because really you have to pick up this book, it’s worth the read.  But I have to say I don’t know if it’s the tattoo and the blue eyes but Rion and Crash’s’ story is by far my favorite of the three.  Rion is just someone I can relate to because she’s such a tough chick who does not have a filter and that is completely me.  And who doesn’t love a pair of hot blue eyes staring at you, it’s as if they are from another world sometimes.  Trust is an important thing in any relationship and this is undeniably their biggest issue.

But then you have Amy and Matt, who I adore because they are so sweet and innocent.  Plus the red on red is adorable.  I love Rion’s nicknames for Matt that’s for sure. You just have to read them, too funny.  Anyway their preaching ways help each other out, and Matt has got some great t-shirts too.  But you have to read about them.  Another great thing about them is their relationship is pure and Amy is just trying to find herself, without anyone telling her exactly what it is she should be doing.

Overall this book was an amazing read into the lives of three very different people starting their lives in college and working towards the real world.  I loved every minute of it. There were some really great moments between the three of them showing such solidarity and love for one another, again really beautiful.  There were also some wonderful moments between the characters and their significant others as well, like I said this book was an amazing read.

I have to mention the cover too, because if I saw this cover in the store I would pick it up immediately and wonder what it was about.  Super cute cover and very eye catching. GO check this book out!

Rion
“Oh my God,” Arielle moaned. “Pizza. You are the best. Seriously.”
A smile twitched at the corners of Rion’s mouth. “See? Things aren’t all bad.”
Now even Arielle cracked a smile. “It’s been pretty much the worst day of my life, but pizza always makes things better. Seriously, thank you.”
Yeah, me too.”
Arielle’s eyes went wide. “You got dumped too?”
“No, I just had to take a shit job I really didn’t want to take.” Rion had stormed out of the Studio determined to find some other place, any other place, to work. But all of them had online job applications that asked whether she’d ever been convicted of a crime. The little voice at the back of her head that said the Studio was the best opportunity she had was right. Dammit. 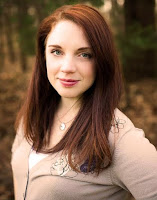 Raised on comic books and classic novels, LeighAnn developed an early love of science fiction and great literature. As an adult, she rediscovered her love for not only reading, but also writing the types of fiction that enchanted her as a teen. Her novels are packed full of flights of fancy, first loves, unexpected friendships, and all the other things that make self-discovery stories so fun to tell.
LeighAnn, her husband, and four children live in Columbus, Ohio. When she’s not immersed in the world of fiction, you can find her with her nose buried in her Kindle, obsessing over the latest superhero movie, or using her kids as an excuse to go out for ice cream (again).
Twitter | Facebook | Goodreads | Pinterest | Amazon Profile | Website
Email: LeighAnnKopans@gmail.com
Posted by Unknown at 12:00 AM