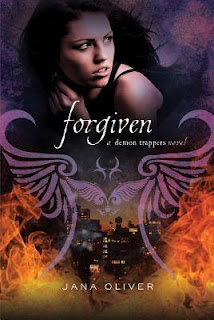 Description:
The days are growing darker for 17-year-old demon trapper Riley Blackthorne. With her father’s reanimated body back safely, Beck barely speaking to her because of a certain hunky Fallen angel, and a freshly-made deal with Lucifer, she has enough on her hands to last a normal teenage lifetime. Though she bargained with Heaven to save his life, her ex-boyfriend Simon has told the Vatican’s Demon Hunters that she’s working with Hell. So now she’s in hiding, at the top of everyone’s most-wanted list.
But it’s becoming clear that this is bigger than Riley, and rapidly getting out of control: something sinister is happening in Atlanta… or someone. The demons are working together for the first time ever and refusing to die, putting civilians in harm’s way. Riley thinks she might know who’s behind it all, but who’s going to believe her? Caught between her bargain with Heaven and her promise to Lucifer, Riley fears the final war is coming – and it may be closer than anyone thinks…

Review:
This book has so much action, I never wanted to put it down.  The relationships between everyone is just so special in their own ways.  You can tell how much they really all care for each other and in the end everyone has every ones back, no matter if they are a which, necromancer, demon trapper, or hunter.  This book is one of my favorites so far, I can't want to see what Jana Oliver is going to do next with Riley.  She is literally at the center of everything.  I am extremely excited that this was not the last book, because really there is just way TOO much going on for it to end so abruptly.  I need some closure with everything.  I can't really say what since I don't want to ruin it for anyone but I need it!! On to the book now.

We begin with Riley and her dad who has been reanimated and they are finally together.  Although he is not all there, duh he's reanimated.  There is turmoil because of Simon calling in the hunters from the last book, they are in search for her as they need to ask her what has happened between her and the fallen.  They believe she has gone to the dark side.  Riley waits it out but is eventually pulled out of hiding when the possibility of Beck being the fall guy does not sit well with Riley.

At the meeting turns out that she is neither on the side of good, or of evil she is in the middle, on the verge of an impasse if you will.  She is told that she can go free but must stay with master Stewart.  Which I'm glad I got to see a little more of Stewart because really he seems like a good guy, all Brave heart (think Mel Gibson but much older) like and a great head on his shoulders.  He's exactly what Riley needs in her life.

There is still this whole back and forth between her and Beck, he's jealous of Ori the fallen angel who hooked up with Riley and she's jealous of Justine the redheaded reporter who is only there to get a big break.  They so want each other and I want them to want each other, and I want them to be together.  I need them to be together, because they do belong together.  Some people are so hard headed because for each to protect the other they pull away (well at least Beck does).  I can't wait to see the resolution of this relationship in the next book.

During the entire book there is a big battle that is brewing, just getting stronger and louder and is ready to explode.  The action in this book I think is really great and I can completely see it being put on the big screen.  On one side you have evil, reanimated demons who can go on sacred ground, and on the other the combination of trappers and hunters on the side of good.  It's all very epic like and I like it.

There's so much more I wish I could say but I don't really want to spoil it for anyone who is going to read it.  I just know that I cannot wait for the next book and am so happy that it comes out in August so I won't have to wait that long! Yes!
Posted by Cathy De Los Santos at 9:03 AM