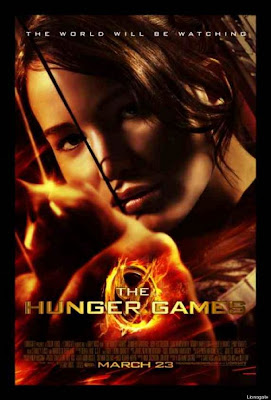 I went to see this on Saturday.  I have been so excited to see this movie since I first heard about this.  I love that the main characters aren't over done actors, at least not in my opinion.  The day before I couldn't calm my excitement, sure I know lots of people went to midnight showings and then Friday viewings, but I can never do that (I hate crowds, but I'm going to BEA go figure first time though so we'll see lol).  Anyway, so Saturday morning comes along and I'm going to the first showing at my local theater.  I CANNOT wait I'm literally giddy with excitement.  I'm of course going with three people who literally I don't know the last time they cracked a book open but they are happy to go see it with me.  I get there, and I'm sitting in my seat in hopes of watching the trailer for The Host, another movie I'm waiting to see based on a book by Stephanie Meyer.  But to my disappointment they did NOT show the trailer, tear.  Instead I saw a few seconds of Breaking Dawn, which I'm waiting to go see, but am so over Twilight already.  Like let's let this die down already you know.  Enough is enough.  The Hunger Games as my book bloggers know is adopted from a book that is just fabulous (thanks Suzanne Collins) and I have to say it DID NOT DISAPPOINT!!!!

I think Jennifer Lawrence was amazing in this movie.  She is all strong, tough alpha female in this movie.  I loved that they picked her, she is a strong fierce actress.  (Seriously could you imagine someone else in this role doing this good - I know you know who I'm thinking about lol jk well not really).  Anyway and Josh Hutcherson was great as Peeta, he really was quite charismatic.  Although is it me, maybe it is, but I thought Peeta was taller I could be wrong but it still worked for me either way.  I love that they elaborated more than what was in the book instead of taking away from it.  Sure they made slight changes, but it's something that needs to be done when you are putting words on paper to the big screen.  After all we have to keep the audience captivated.  And they were!  There are some things that I think probably needed some explaining.  Because my brother kept asking me who's that or what is that or why did they do that.  Such as, they are that poor, yes they are.  Who is that girl making the announcement of who is going to the games.  They never really discussed that in the movie.  But I explained it to him nonetheless.  Just little things like that but overall I thought it was a fabulous movie and I would see it again just to see if I didn't catch anything the first time, or really just cause I want to.

I will say this though, just like in the book I bawled through half the movie it felt like.  When Rue died, omg I couldn't take it lol, I was remembering the scenes in the book the whole time, but when Jennifer Lawrence after taking care of Rues body with the flowers and then literally breaking down with the loss of Rue and the stress of the games, it was too much to handle.  It was just the kind of thing I wanted her to do and she did it.  There was so much emotion it.  And when Peeta was hiding camouflaged, wow amazing job, seriously.  Anyway I can't give enough praise to this movie and I cannot wait to see what they will be doing for the next movie.  And definitely the last movie.  The fighting scenes are going to be great and all the visual goodness is going to be even better.

So did you see it?  What did you think?
Posted by Cathy De Los Santos at 9:41 PM