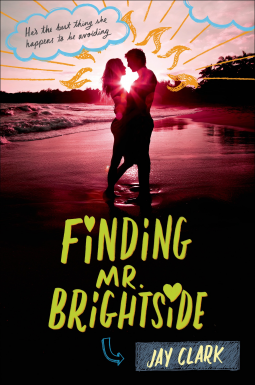 Description:
Abram and Juliette know each other. They’ve lived down the street from each other their whole lives. But they don’t really know each other—at least, not until Juliette’s mom and Abram’s dad have a torrid affair that culminates in a deadly car crash. Sharing the same subdivision is uncomfortable, to say the least. They don’t speak.
Fast-forward to the neighborhood pharmacy, a year later. Abram decides to say hello. Then he decides to invite Juliette to Taco Bell. To her surprise as well as his, she agrees. And the real love story begins.

This book was definitely a unique book, and a very unusual love story between two people who may not have gotten together if it wasn’t for their circumstances.  But perhaps everything happens for a reason and it was actually meant to be, it doesn’t state this in the book but that’s what I’m going with right now.

We meet Abram and Juliette, both in the pharmacy waiting for their medication, the way they deal with life after the death of their parents.  The very parents who were having an affair with one another and the very parents who were killed in a car accident.  Now you might think it’s weird that they start hanging out after all their parents pretty much changed all the lives around them, but there is something about their weirdness and awkwardness that works together.  Seeing their relationship grow from one in passing to friendship and eventually to depending on one another and falling in love was actually a beautiful thing to watch.

I can completely imagine the two characters in their “Prescription for Love” story.  It unquestionably has a good beginning to build on and throughout the book you believe these two people can actually be someone’s reality.  It was fascinating to watch Juliette finally accept what has happened with her mother, because when you are on medication you don’t really feel what you need to feel.  I was gripped from the very beginning and couldn’t put it down until the very end.  Even at the end I almost wanted more.  Yes there is a definitive ending but even still I wanted more from these two because they were so different.

Overall this was a good read.  It may not be what you expect, it’s not a torrid love affair but it is a love affair none the less, between two people who are coping with their lives in different but similar ways.  I enjoyed it thoroughly from beginning to end and I believe you will too. I really like the book cover but I wouldn’t have minded seeing them at the CVS or just a plain pharmacy kind of sneaking up on one another like they do in the book so obviously watching one another for a while and both knowing it.

Disclaimer:
I received this book from NetGalley and Macmillan Children's Publishing Group, so that I may give my honest opinion and a review. Whether it is good or not please do not let it discourage you from purchasing/reading the book yourself and forming your own opinion. What might be good for me may not be good for you and vice versa. With that said, Happy Reading Everyone!!!