Blog Tour: Love on the Menu by Ellen March - Review/Giveaway 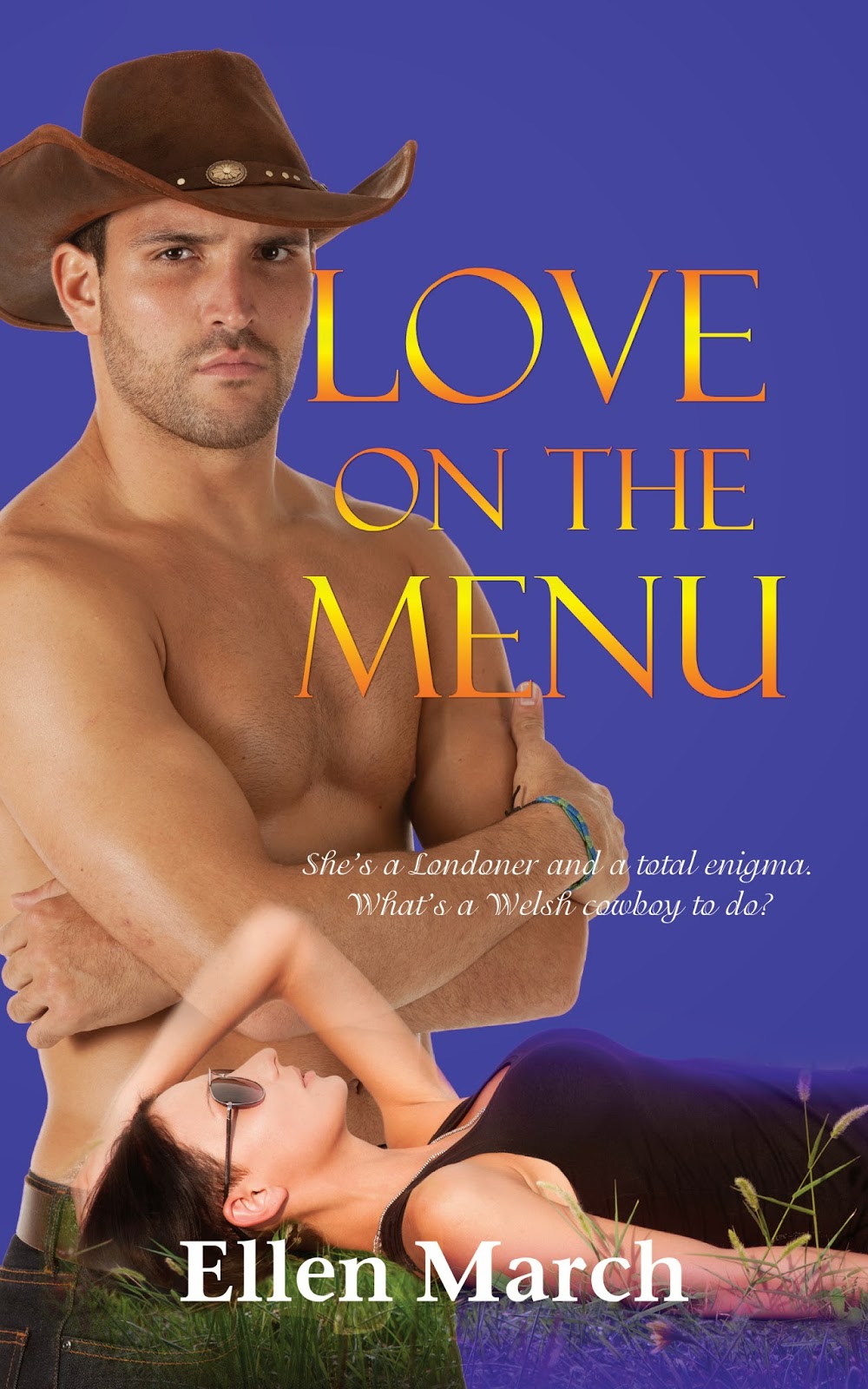 Description:
Jago Tanner is a loner. He works up a good hunger at his outdoors pursuits centre in Wales and looks upon each female conquest as just another meal. When he’s sated, he doesn’t go back for dessert. Until Riley shows up. A Londoner hired through an agency to assist him with activities, she isn’t at all what he asked for. For starters, with the name Riley, he expected a man. But Riley is all woman—the sexiest woman Jago has ever laid eyes on. Unfortunately she dresses like a trollop and curses like a sailor. Though ignorant about most outdoors pursuits, she’s a skilled horsewoman, able to calm even his nerviest stallion. And her lively and generous nature enchants his housekeeper Emily and his ancient friend, Tom.
In short, Jago’s new employee is a bundle of contradictions. Which is why, when Jago falls for her, he doesn’t trust his feelings. Riley seems unusually accident prone, and when her brother’s shady friends menace her, she plays the innocent. But how can anyone so self-sufficient and mouthy also be so trusting and naïve? And can a man with Jago’s volatile nature endure the jealousy a woman like Riley provokes just by strolling down the street?

I haven’t read a romance book in a while, so I couldn’t help but join this great blog tour for Love on the Menu.  Ellen March did a great job introducing us to her great characters and bringing on the romance.

We meet Riley who is an enigma on herself, she’s quite different and unique, a little crass in Jago’s eyes but still so very real.  Some of the things about her are very rare and almost unbelievable but her naivetés about her makes it just that much more believable.  You’ll have to read the book to see what I’m talking about, but she’s a fun character overall.  Jago on the other hand is a playboy who doesn’t want any emotions attached to anything, that is until he meets Riley and that just flies out the door.

Their romance is slow at first because of a misunderstanding, but when things get heated up they really stay that way.  The two of them couldn’t be more different but still they fit each other perfectly.  There are some sweet sentimental moments in the book, especially with the housekeeper (she just wants what is best for the both of them).  There are also some devious issues with a coworker that you just can’t help but want to slap her for her stupidness, jealousy is not a pretty color.  But it will eventually getting straightened out, the way it should be.

There are other moments in the book which bring some action and brings to light what each other really feel for one another.  In any romance you need just the hint of action to make it even more exciting than it already is and Ellen March definitely brought that element in.  Shady characters are a must.

Overall the book was good, a quick read that kept you reading from beginning to end.  The romance was good and the plot was good.  It did go a little fast pace for me when they finally did get together, like there should have been just a little more than a drunken night considering all the circumstances.  But I enjoyed the book none the less.  The cover is great too, definitely how I pictured Jago and his stubbornness, although I don’t know why I felt like Riley was a blond, maybe that’s just in my head.


Giveaway:
a Rafflecopter giveaway
Posted by Cathy De Los Santos at 12:00 AM