Review: Delilah: The Making of Red by Jessica Sorensen 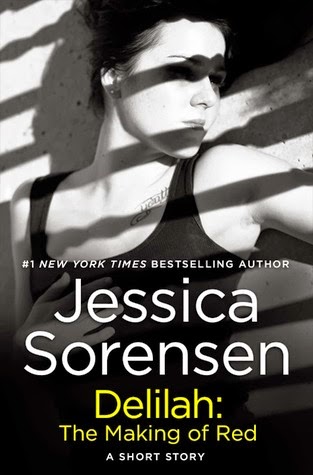 Description:
Delilah Peirce: the Invisible Girl. Men crane their necks around Delilah just to catch a glimpse of her bombshell mother. Delilah knows looks of indifference, of friendship-but never of desire.Then she meets Dylan Sanderson, the impossibly gorgeous guy who thinks she's beautiful. When he looks at her, she feels needed. When he kisses her, her troubles disappear. And when he tells her he will never hurt her, she believes him . . .

Review:
This was a super short novella about Delilah.  I'm not going to lie I have read a lot of Jessica Sorensen's books lately so I had to figure out which one Delilah was in (yes I know it's part of a series but again a lot of books), but when I finally did figure it out I found it really interesting.  Jessica gives you the background on what really happened to Delilah and why she is the way she is now.

It was really cool to see how she just started out so innocent and all she wanted was a little bit of attention and the first time someone gave it to her she grabbed on and held on to it.  There were some parts that made me mad, like how her mother treated her, but it happens, it's sad but it happens.  Sometimes there are some people out there that should just not have kids.

Regardless of all of that this was an interesting back story and I really wanted more of this story, how she completely fell off track and maybe even a little of Quinton and Nova.  But this story was from the very beginning and again enjoyable.
Posted by Cathy De Los Santos at 9:24 PM