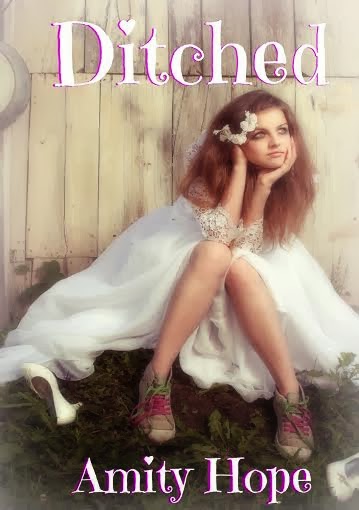 Description:
Holly has her whole life mapped out. It’s simple, really. She just needs to finish her degree in journalism, marry Collin—her high school sweetheart—and live happily ever after.

Max has had a crush on his friend Holly since he moved to town four years ago. He’s been dreading her wedding since she first sent him a text telling him the news. He's dreading it so much, in fact, that he's decided to move back to his hometown in California immediately following the ceremony.

He never thought that a change of plan would include taking Holly with him, showing her that sometimes the happily ever after you really want, is the one you never knew you were looking for.

I took a step forward, finding myself wrapped in Max’s arms, snuggled into his chest. My heart was still pounding. I gladly let him keep his arms around me for awhile. Surely, the only reason for that was because I was trying to calm myself down. Not because I suddenly realized that Max smelled really good. As in scrumptiously good.


Either he had changed his cologne or I’d never bothered to notice before. He smelled like an ocean breeze. Or at least, what an ocean breeze would smell like if it came fresh and clean out of a bottle. How had I never noticed that before?
I couldn’t help but wonder what else about Max I’d been missing.

Amity lives in beautiful northern Minnesota with her two sons, two cats and their Rottweiler. She has a degree in elementary education and worked in that field for ten years before deciding to self-publish. Her first self-published novel, Twisted, was listed by Amazon as a Top 100 Kids & Teens Kindle Book of 2012.
If she’s not writing, or spending time with her boys, she’s most likely reading.