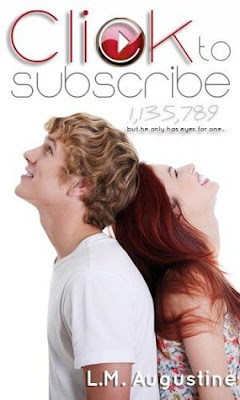 Description:
1,135,789. That’s how many subscribers sixteen-year-old West Ryder has on his web vlog series. But he only has eyes for one of them.

As one of the internet’s most prestigious video bloggers, West talks about high school relationships under the name “Sam Green.” As far as he knows, no one from school, not even his best friend, Cat, has seen his videos. But the highlight of the whole thing is Harper Knight, who comments every day at exactly 2:02 in the afternoon. He doesn’t know anything about her aside from the occasional deep philosophical messaging on why pizza tastes so delicious, but as stupid as it sounds, he might be falling for her. So when they finally agree to meet in real life, West’s hope for romance seems more and more in reach. But that all changes as soon as he arrives at their meeting spot and sees Cat walking toward him, wearing the same “I < 3 Sam Green" t-shirt Harper promised she'd have on..

To his alarm, West realizes he is falling in love with the best friend who has always been a sister to him.

This was definitely an interesting book; I checked out the description and knew this sounded like it could be a good and promising book.  It wasn't too bad. The main characters were incredibly likeable but I will admit I wanted to smack West upside the head a couple times because he could be so dense sometimes. I mean really dense, all I have to say is ugh boys!

It's very obvious from the beginning what a close relationship both West and Cat have with one another so why he goes searching for other friendships outside of their relationship is beside me.  But he does, and he finds that with Harper an online person who he has grown to adore over time.  Then it comes time for them to finally meet, and yes it's his best friend who walks in when the whole time he was expecting Harper.  This throws him for a complete loop and he doesn't know how to react accordingly.

This is where the awkwardness in their relationship becomes more prominent.  This is also where things start getting interesting for me because their awkwardness brings out feelings in West he didn't know he had or wanted to have, especially not after his mother died, he never wanted to love again.  We go through the voyage of their up and down relationship and throughout the whole thing I have to say for a girl who has fallen for her best friend and time and time again he rejects her Cat seriously holds her own.  I’m sure it’s because it’s so obvious how he feels to everyone except himself, like I said, Boys!

Once that turn was made and feelings were being bought out into the open the book really opened up for me and I started to enjoy it more and more.  Overall this was a cute and really great story of realization, and learning to deal with problems and depression.  It’s good to know that sometimes things do get better in the end and it’s ok to open up and love someone.  That’s really what I took from this story and I would definitely recommend it.

I have to say that I really love the cover how they are back to back as if they can't see one another (like on a computer) and the title is super cute.  This book brings teen angst and awkwardness to a whole new level in my eyes.  It’s a very cute and endearing love blooming.
Posted by Cathy De Los Santos at 2:20 PM