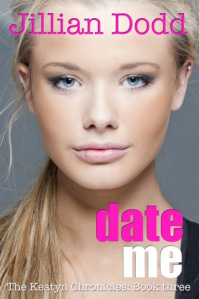 We are back at school with Keatyn she is still trying to adjust to her ways, although it's not that hard with her adorable plaything/boyfriend Dawson, and let's not forget the God of all Hotties Aiden, who I have to say is truly and undoubtedly grown on me.  I'm totally Team Aiden!  There's something about him that's right underneath the surface, he's hiding his true feelings I just know in one of these books he's just going to bust out and admit to Keatyn that he loves her, or she'll finally get a clue about it.  Cross fingers.

On to the book.  Don't want to give to much away because then what is the fun in reading something if you already know what is going to happen.  Keatyn has obviously grown closer to Dawson, they are like rabbits (that's all I have to say on their relationship).  Sometimes it's good and sometimes I get annoyed by just how much they do it.  There's a line in the book that I like that states that sex does not equal love.  Some people really need to take a good look at that statement because it is absolutely the truth.

It's homecoming weekend and everyone is meeting the parents or dreading being around their parents, while the whole time Keatyn just really misses her family.  It's sad to see those moments, I really think she can cry at the drop of a hat.  During homecoming the kids have a lot of events to go through, and it's always fun to see who's hooking up with who (I'm telling you gossip girl on another level).  After homecoming, new friendships are formed, or tried to be formed.  Whitney doesn't seem so bad when she's the one being ragged on, but be careful what you wish for.  Sometimes the inside is not where you want to be.  Just saying, in general of course.

Keatyn is also doing a play now and she's a natural at it, of course no one knows that her mother and father are the famous actors, what will happen when her secret finally comes out.  Will everyone still want to be her friend.  Only time will tell that's for sure.  Now I can't go much into detail in regards to the book because if you are a true fan you will want to find out all the goodies on your own.  I will say there are several run ins with Vincent which are not good but just heighten the emotion that Keatyn is going through, and she really finds out who some of her true friends are.

Can't wait for the next one!! 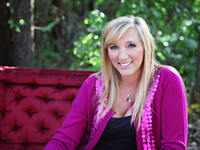 Jillian Dodd grew up on a farm in Nebraska, where she developed a love for Midwestern boys and Nebraska football. She has drank from a keg in a cornfield, attended the University of Nebraska, got to pass her candle, and did have a boy ask her to marry him in a bar. She met her own prince in college, and they have two amazing children, a Maltese named Sugar Bear, and two Labrador puppies named Camber Lacy and Cali Lucy.

She is the author of the That Boy Trilogy and The Keatyn Chronicles Series.