Review: After the Rain by Mary J. Williams 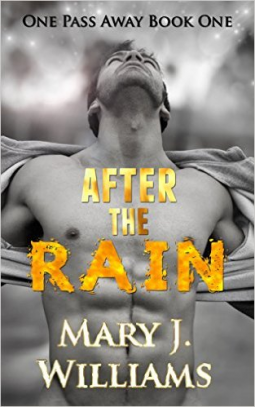 After the Rain
By: Mary J. Williams
Release Date: February 25, 2016
Series: One Pass Away Book One

Description:
Welcome to the NFL.The Seattle Knights have the hottest players in the game. On and off the field.Logan Price is getting a second chance.Claire Thornton is going to make sure it counts.Logan Price was living his dream. After years of hard work he finally made it. Starting running back for the Knights.After only a few games, he was a fan favorite. There were whispers of a rookie of the year award.It all ended with a devastating injury to his leg that sent him back to Oklahoma. A failed attempt at a comeback sent him into a deep depression.His life became about two things. Working at his father's bar, and running. One filled his days. The other made getting through the endless nights a little easier.When an old friend offers Logan a lifeline, he's reluctant to grab hold. He could live without football--barely. But he didn't think he could survive getting his hopes up only to lose it all again.Claire Thornton's dreams are just as big as Logan's. She left the small town where she was born, to make something of herself. It hasn't been easy. A woman with no money and no connections. Everything she has, she's earned. Helping Logan Price get back to the NFL will prove to her detractors that she can be a trainer. She is determined to make it in a male-dominated world.The attraction is instantaneous.The reasons not to get involved too numerous to list.It only takes one kiss--one touch--for them to realize if they want their dreams to come true they need more than luck. They need each other.

Football love is upon us in this new book by Mary J. Williams.  I love sports books, even though I don’t personally follow any sports there’s nothing more exciting than someone reaching for their goals.  Sports, uniforms, muscles that’s all just an added bonus!

We meet Logan who is at his personal low after a bad start in the NFL where he sustained an injury that just wouldn’t heal the way he needed to.  He’s down on his luck just living day to day with no aspirations just knowing his career is over.  That is until his old team mate comes back with a little surprise and help.  This is where we meet Claire an up and coming physical therapist who is ready to work. There is definitely a connection between the two of them, and Claire being as bold as she is says ok let’s make out and get this over with, you know get it out of the way so you won’t be wondering what if the entire time.  Let’s just say they couldn’t get passed their attraction to one another.

Throughout the book the two of them gain more trust with one another and Claire really does help Logan the best way she can in getting him ready for his tryouts for the next season.  Her skills are undeniable and interesting.  But this book isn’t only about their relationship, it’s about struggles, trust and moving forward.  Claire is a very strong minded person and I thoroughly enjoyed her as a characters, she tells it like it is and is very savvy.  Claire is very strong willed, but what she doesn’t do is depend on people and friendships, so it was very nice seeing her finally letting go of the reins and letting Logan in as well as Rhonda, who is just another great side character.

Overall I thought it was a wonderful quick read that made you root for Logan and Claire both in their relationships and their careers.  Some endearing moments throughout the book and some very nice private scenes as well.  It was entertaining and interesting. I can’t wait to see who the next book is about and I’m really hoping it’s about Gaige because I definitely want to learn a little more about him.  Especially his whole paying it forward attitude which is not one most people have.  It’s intriguing to say the least but there has to be reasons behind them as well. Hope we get to find out in the future.

Go pick this book up, it’s worth the read.

Disclaimer:
I received this book from NetGalley and Brooks Publications, so that I may give my honest opinion and a review. Whether it is good or not please do not let it discourage you from purchasing/reading the book yourself and forming your own opinion. What might be good for me may not be good for you and vice versa. With that said, Happy Reading Everyone!!!