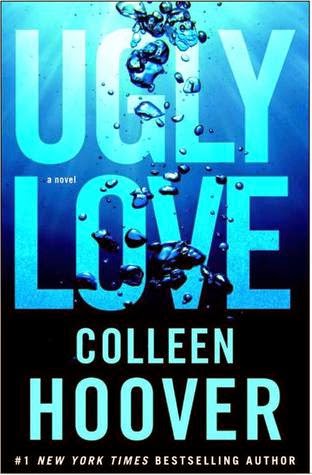 Description:
When Tate Collins meets airline pilot Miles Archer, she knows it isn’t love at first sight. They wouldn’t even go so far as to consider themselves friends. The only thing Tate and Miles have in common is an undeniable mutual attraction. Once their desires are out in the open, they realize they have the perfect set-up. He doesn’t want love, she doesn’t have time for love, so that just leaves the sex. Their arrangement could be surprisingly seamless, as long as Tate can stick to the only two rules Miles has for her.Never ask about the past.Don’t expect a future.They think they can handle it, but realize almost immediately they can’t handle it at all.Hearts get infiltrated.Promises get broken.Rules get shattered.Love gets ugly.

Colleen Hoover, you have done it again!  This book was amazing and I felt and gasped everything the character felt and gasped at.  This was a heart wrenching tale that kept you wondering exactly what happened in the past to Miles and what will happen in the future between him and Tate.  Absolutely breathtaking journey between the two of them.

We meet Tate as she is moving in with her pilot overprotective older brother, yes all that description was definitely necessary, he, he.  He also happens to live across the hall from very sexy brooding mysterious Miles who feels the need to eliminate his six year dry spell with Tate, but there are rules of course, aren’t there always?  Tate cannot ask about his past or his future, in other words this is just the right now for release purposes only, but come on that only works if you don’t have a heart.

The physical relationship is definitely there between the two but it’s the emotional that keeps stumping Miles, while Tate can’t help but falling for him.  They are so different but so good for each other, and hey who doesn’t love a couple that is a nurse and a pilot, it’s like kismet.  Throughout their journey they have a lot of ups and downs and some very steamy scenes but really what got to me was the emotional heart stopping moments between them.  Kept me riveted the entire time from beginning to end.

I definitely felt for the characters and I love when that happens because that’s when you know the author did an amazing job writing this and really understands what readers want to read.  Overall this book was amazing, I didn’t want it to end but I’m happy the way it did end.  That too is a very important part of a book, a good ending.  But this book had a great beginning middle and end and it was just blissful enough that I didn’t want to put it down until I finished it.  (That meant staying up all night after doing my daily chores etc., well into the am hours).

Love the cover because it’s just simple, Ugly Love.  Sometimes you have to go through that so you could appreciate the beautiful love.  Amazing read, I think Colleen Hoover’s just get better and better the more I read from her.
Posted by Cathy De Los Santos at 12:53 PM