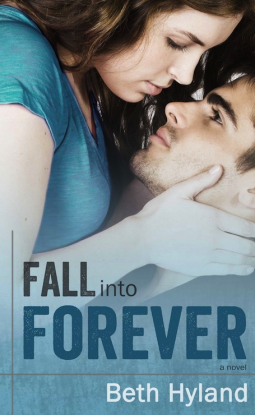 Description:
Some girls may find guys like Jon exciting and charming. Some are even naive enough to want to date them. But guys like him can harbor dark, dangerous secrets. Secrets you don’t want to know or be involved in. How do you think they got this way in the first place? It’s best to follow your head and stay as far away from them as possible.
Trust me when I say this: Guys like Jon Priestly are nothing but trouble.Ivy McAllister had it all. Perfect boyfriend. Perfect life. Perfect future. Or so they tell her. Because one night, on a dark country road, a fiery crash changed everything…and Ivy can’t remember what happened. Now, two years later, at a new college far from home, she tries to regain control of her life, but her plans don’t include a tattooed, motorcycle-riding, indie music-obsessed guy with his own sorority girl fan club.Jon Priestly is the hottest guy at Pacific State University. Just ask his groupies. But with a dark past he must keep hidden, he shuts himself off emotionally and trusts no one. That is…until he meets a broken girl with haunting green eyes and secrets of her own.Ivy shouldn't be attracted to Jon. They’re wrong for each other in every possible way. Yet as they spend time together, something about him—everything about him—feels so right.But when threats from her past make her question what little she does remember, Ivy must decide whether to run again or trust the one person she can’t live without.

Review:
So let me start by saying that I really wanted to like this book.  I thought the synopsis was great and it was going to be a book that was right down my alley.  It was overall an okay book but didn't catch my attention as much as I wanted it to.  It tried though I'll give it that much.

We meet Ivy as she's getting over some stuff from home like amnesia and abusive men, she's in college far from home running from her problems.  Then there is Jon the typical hot bad boy with family issues, but regardless of this and everything they have gone through and are going through I didn't feel anything for the characters.  They were two dimensional and not at all very relate able. The story was forced and pushed through at points not really what I wanted.

It definitely started really interesting with the whole on the roof meeting and everything but then after that it sort of went downhill, dragged a little but at the same time seemed too fast for me.  They threw each other in a relationship so quickly with no sense of even a hint of a relationship, if that makes sense.  It was sort of like an insta relationship that was forced upon us.  It just seems as if the characters went through the experiences they went through they should have done things slightly different.

While the middle dragged it did get more interesting towards the end and I'm glad I finished the book.  I love the cover, think it's really sweet. So needless to say I think this book was an okay book but would have loved to have more depth and details into the characters and their backgrounds.  Seemed like it only touched the surface.

I received this book from NetGalley and Aspendawn Books so that I may give my honest opinion and a review. Whether it is good or not please do not let it discourage you from purchasing/reading the book yourself and forming your own opinion. What might be good for me may not be good for you and vice versa. With that said, Happy Reading Everyone!!!
Posted by Cathy De Los Santos at 12:00 AM