Review: In Too Deep by Eliza Jane 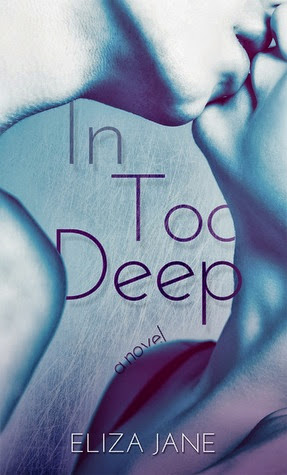 Description:
In Too Deep, Book One...

When gifted computer hacker Taylor Beckett wins a scholarship to a prestigious boarding school, she figures it’s only a matter of time before they discover she hacked into the testing system and cheated on the test. But when she arrives at the academy, they already know and her hacking talents are what won her the scholarship.

When she’s paired with the school’s scrumptious nineteen-year-old martial arts instructor, aka manwhore, Colt on a field assignment, hanging out with him becomes a necessary evil to get the job done, but resisting the bad-boy that is so off limits might be more than she can manage. He's one of those guys you just know isn't good for you –he can–and often does–have any girl he wants.

The deeper she gets involved in a troubling field assignment, the more she finds herself relying on Colt. If she can just figure out how to do the right thing and not fall for irritatingly hot Colt in the process, life can go back to normal. Baby steps.

IN TOO DEEP is a mature young adult contemporary romance told in dual point of view. It is book one in a series. Book two, TEMPTED is due fall of 2013


This book was without a doubt very fascinating and hypnotizing, because I couldn’t stop reading it, the writing in this book was addicting to say the least.  The overall book was great and I definitely could have used a little more spy intrigue in this book but I’m hoping there will be more in the second.  Something about intense situations just always bring out those intense moments that I love so much.


We meet Taylor as she is being shipped off to a school because she hacked into the testing site and changed her scores, of course she doesn’t’ realize that they only want her for her hacking skills.  There she meets Colt, the 19 year old martial arts instructor who is there to teach her how to defend herself.  But he’s got quite the reputation as the typical manwhore who uses and dumps his victims.  Even with this in mind Taylor is still attracted to him but fights it for a while.  But this only makes Colt want her more, you know the saying you always want what you can’t have.  Boys and new toys you know!


So throughout the book she is given little missions most of them are in the computer lab hacking away but she does get to go out one time and that experience was exciting, like I said in the beginning I hope there are more scenes like this in the second book because those moments really capture you.  You want to see the fighting and the drama of what could happen because after all they are in a special school where there are missions that could be quite dangerous out in the field.  But the chemistry the two of them have is quite nice, there is nothing too graphic in this book but there are some great moments.


I really enjoyed the concept behind the book and the writing style of the author.  Makes me want to know what the conclusion will be like.  The characters were great down to her best friends in the dorm and even the villain in this book seemed to have a soft spot even though we didn’t get to see that much of him, it was the regular obsession with greed that was driving his badness.


This book was a definite good girl bad boy mentality but if you think about it how good can the girl be if she’s in there hacking up the system in peoples profiles etc., she’s obviously not that good but still has those shy qualities about her.  Colt the bad boy, definite typical mom issues, but it’s still sad in a way that made you feel sorry for him, especially since he’s overcompensating for his sense of everyone leaving him and that’s why he is the way he is.  I can definitely picture this as being a TV series with them going on different missions and the attraction between the two main characters and the secondary characters even shining on their own.


Overall really great book, the cover was very generic but okay and the title can go so many ways that it definitely fits the book itself.  I will be reading the next one as soon as I get my hands on it.

Make sure to check out the second book in this series, I know I will because I just have to know what happens next! 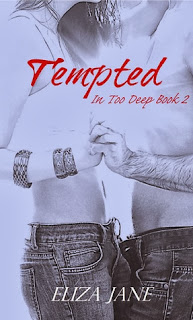 Description:
Seventeen year old Taylor has survived her first year at the Wilbrook Academy for gifted teens. Even more difficult than her hacking assignments is learning to trust that her boyfriend Colt’s manwhoring ways are history.

But if she can get over his past, she may get her first chance at love. When an extended field assignment takes Colt and his ex-fling Bria to London, Taylor gets stuck entertaining Colt’s younger, and just as tempting brother, Reis. Can she trust Colt alone with Bria? And what about when emotionally available and baggage-free Reis makes his feelings for her clear, will she be the one tempted to cheat?

Tempted is the sexy conclusion to In Too Deep.

Disclaimer:
I received this book from Eliza Jane and the YA Books Group on Goodreads, so that I may give my honest opinion and a review. Whether it is good or not please do not let it discourage you from purchasing/reading the book yourself and forming your own opinion. What might be good for me may not be good for you and vice versa. With that said, Happy Reading Everyone!!!
Posted by Cathy De Los Santos at 12:00 AM