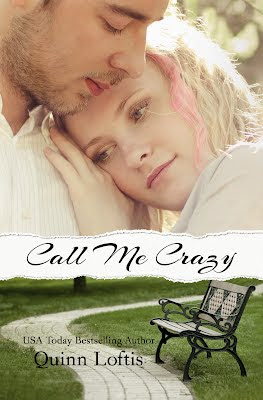 Description:
“I’m looking out from inside the chaos. It must be a one-way mirror because no one seems to be able to see back inside to where I am. The looks on their faces, the judgment in their eyes, tells me everything I need to know. The most frustrating part about the whole messed up situation is that even though I’m the one that they stare at in shock, I am just as shocked as they are. I know no more than they do of why I lose control. What they don’t know is that I am more scared of myself than they could ever be.” ~ Tally Baker

After a devastating turn of events, seventeen year old Tally Baker is admitted to Mercy Psychiatric Facility where she is diagnosed with Bipolar Disorder. She has come to a place where she honestly believes that her life is over. Her mind tells her that she will never smile or laugh again, that she will never be normal again. It is in this unlikely place that she meets two people, different in every way, yet both critical to helping her realize that she has so much more living to do.

Candy, a cantankerous sixty year old Mercy Psychiatric patient, is hell bent on driving everyone as crazy as she is. Candy shows Tally that, regardless of her diagnosis, the ability to push on and live her life to the fullest is her choice and hers alone. In the midst of Tally’s oftentimes humorous, sometimes heart-wrenching, escapades with Candy, a new patient is admitted to Mercy—a native American woman named Lolotea. Along with this new patient comes a daily visitor, her son, Trey Swift. At first glance, it is obvious to Tally that he is incredibly handsome and unbelievably caring. But what she learns through her second glance, and many thereafter, is that there is much more to Trey than he ever lets on. It is during these daily visits that Trey and Tally build a friendship far deeper than either of them truly realize. With Trey, Tally feels for the first time since being admitted that someone is looking at her as a person and not as a disease. Trey begins to make it clear that he wants more than friendship, but she knows that she can never give him more. How can she, when she won’t even give him the truth?  Tally doesn’t tell Trey that she is a patient at Mercy, and she doesn’t ever plan to. Her plans go up in flames when she finds out that Trey is a new student at her school, the school where her brokenness was found out in the floor of the girl’s bathroom in a pool of her own blood.

Review:
I've always loved anything that was written by Quinn Loftis, I'm an avid Grey Wolves fan.  There is something about the way she writes that always gets me going, whether it's something serious or funny it's always to the utmost extreme and you feel like you are on a roller coaster experience that you just haven't gotten enough of, that is why I keep coming back for more of her books.  Call Me Crazy was an intensely beautiful, heart whelming book that pulled at all the right strings at all the right time.

We meet Tally who is spending time with Candy at the mental institution because she has been recently diagnosed with bipolar disorder, and she's to spend the summer there before her senior year after an episode.  Candy is also in the institution for similar reasons and despite this they get along fabulously.  I think Candy by far is one of my favorite characters because she will come out with the most out on left field saying and you can't help but laugh or at least put a smile on your face.  Their friendship is what keeps them stronger, especially Tally.  One day there is a new patient though, and it's not the new patient that catches her interest but the son of that patient, Trey.  He's tall and gorgeous and seems absolutely perfect for Tally.

They talk here and there and even though she hasn't told him that she is a patient there, the relationship seems to blossom.  yes there are some very hard times, and in the beginning  a lot of secrets being kept, but despite all that, Trey still wants to be with Tally.  They really do belong together.  When the summer is over and Tally is to return to school she didn't give Trey a second thought thinking she wasn't going to see him again, but yes you've guessed it low and behold they are both seniors and in every class together.  This just brings them closer, because Trey is a very determined young man to keep what is his and he believes that is Tally.  It's very romantic the way he does it of course, but again there are some hard times and some angry parts in this book that make it very intense.

This book highlighted very well different disorders that can occur in people but I think it highlighted that in the end really you have to be strong and live the life you deserve to live even if you don't think you deserve it, you really do.  Especially when you have a really good support group.  The characters in this book were amazing and there were parts that bought me to tears and there are parts that bought me to laugh out loud.  This book had a little bit of everything in it and it made me love it that much more.  Yeah Trey was a very old soul, and even I know there isn't anyone that perfect, but in Tally's world he was perfect for her and they fit together like a puzzle.

I really don't know how much more praise to give this book, you should definitely read it because you will fall in love with everyone, faults and all.  I'm really glad they didn't go with the cover that is on Goodreads, because I like the one pictured above much better.  The bench is perfect because that's where they met and it's where the story begins for the two main characters.  Love this book!!


I’m hunched down beneath the table like a frightened rabbit as I watch the tall figure kneel before the new patient across the room. I’m not sure how I came to be hunched down. All I know is that the moment he walked in the room, I felt the uncomfortable rush of something pouring through me. I’m not sure if I liked it or not.
He is Native American; there is no doubt in my mind about that based on his extremely apparent features. His long, black, amazingly shiny hair would have any woman envious of the obvious health in the locks. It flows down his back like a cascading waterfall. His naturally tan skin appears as smooth as silk and his piercing dark eyes don’t seem to miss a thing. He had even caught my movement and had glanced in my direction when I had so brilliantly decided to hide from a person I didn’t even know. I watch as he slowly stands and continues to look down at the woman before him. By the hesitancy in his movements she is obviously very important to him and I’m awed by the tenderness that such a large, imposing guy can show. After several minutes he turns to leave and my eyes never leave his retreating form until I can no longer see him. I feel a kick to my ribs and scramble up with a grunt.
“Crap Candy,” I growl at my snickering companion as I rub my side and glare at her. “What was that for?”
“A better question would be why were you hunkered down under the table drooling over Kemosabe?”
I frown at her. “That’s tacky don’t you think?”
“I’m sixty years old and crazy; I can do tacky if I want,” she snorts at me.
I can’t really argue with her there. Like pregnant women, old, crazy ladies pretty much get a free pass on crassness and eccentricity.
“So come on,” she pats the chair that I had so quickly vacated, “tell Candy all about it.”
I roll my eyes. “He just took me off guard, that’s all,” I lie smoothly.
Candy isn’t buying it. “He was hot, just admit it. Hot and he got you bothered.”
I cringe. “Candy, you calling a guy young enough to be your grandson hot is just not right.”
“Psht,” she flips her hand at me. “I’m old, not blind or dead. Besides, I didn’t say I wanted to jump his exotic bones.”
I groan as I bang my head against the table. “Where do you learn these terms? I mean it’s not normal for someone your age to blurt out crap like that.”
“Did you just use the term normal in a sentence describing me?” She raises her brow surprisingly at me.
I laugh. “Good point.”
“So, are you going to tell me why Pocahontas’ brother had you running for the hills?”
“There is something wrong with you, you know that, right?”
She smiles at me. “That’s what the voices in my head keep telling me. Now spill it.” 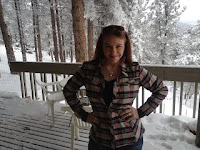 Quinn is a 32 year old wife, mother, nurse, and writer, not necessarily in that order.  She lives in beautiful West Arkansas with her husband, son, Nora their Doberman pinscher and Phoebe their cat (who thinks she is a ninja in disguise). She loves writing, reading, and crocheting. Her favourite holiday is Christmas, favourite book(s) is Pride and Prejudice, The Alpha and Omega Series by Patricia Briggs, and the Harry Potter Series by J.K. Rowling. She loves to be silly and have fun, loves music and thinks there is no greater sound in the world than that of her little boy's laughter.