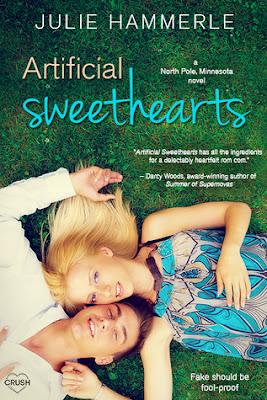 Description:
It’s not chemistry between Tinka Foster and Sam Anderson that made them agree to fake date. With her parents trying to set her up with an annoying student golf coach, and intentionally single Sam’s family pressuring him to bring a date to his brother’s wedding, they could both use a drama-free summer.
So it’s not his muscular arms and quick wit that makes Tinka suggest they tell everyone they’re both taken. Definitely not. And it’s not butterflies that makes a kiss for appearances during the lake party go on way too long—so long that Sam wishes it were real.
But Tinka keeps people at arm’s length—she’s always been second best, even to her parents. And her relationship-for-show could crush everything when she realizes she’s done with fake, pretend, and second-best.
Disclaimer: This Entangled Teen Crush book contains bikinis at the lake, a lot of making out in dark theaters, and a meet-cute you’ll read twice.
Buy Links:
Amazon | B&N | iBooks | Kobo | Entangled | Goodreads

About the author:
Julie Hammerle is the author of The Sound of Us (Entangled TEEN, 2016) and the North Pole, Minnesota young adult romance series (Entangled Crush, 2017). She writes about TV and pop culture for the ChicagoNow blog, Hammervision, and lives in Chicago with her family. She enjoys reading, cooking, and watching all the television.
Connect:
Website | Twitter | Facebook | Instagram | Goodreads | Newsletter 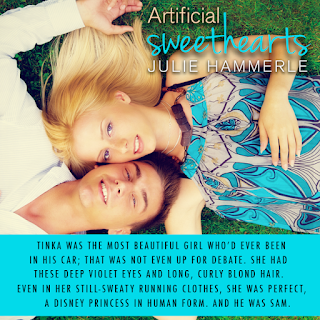 Review:
I haven’t read anything by Julie Hammerle previously but I have always adored Entangled Crush books.  Ms. Hammerle did not disappoint in the very least.  I think this book was well written and really sucked the reader into this small town in Minnesota.  I was almost tempted to bring out some Christmas stuff, after all it is July!

We meet Tinka who is back from boarding school and who has moved to a new town without even knowing it.  Her parents just uprooted and did all this without her knowledge, as if that wasn’t shock enough she was going through her own things with her roommate who just happened to come along for the summer break.  This book definitely had a lot of complicated realistic situations that happen to people all the time.  It was hard to read but worth the read.  Tinka is a strong girl, but instead of facing her issues head on she tends to run away.  You see her grown throughout the book and finally realize what she’s been doing to herself and others around her.  Of course she has help learning this not only from old friends but from Sam, her neighbor.

Sam also has his own family issues to deal with, he never really stands up for himself and let people know what’s going on.  Sometimes it’s hard keeping up a façade like that.  But together he and Tinka learn to grown as people with new emotions growing between the two of them.

I really can’t say enough good things about this book.  It was a quick read, very sweet and endearing. I had my heart strings pulled more than once throughout the book, I really felt invested in the characters and what they were going through.  I just hope you get a chance to read it and remember how important family and friends are in your life, and how important it is to always talk to them truthfully.  Letting things go will not only make yourself feel better but will make those around you understand and feel better as well.

The relationship between Sam and Tinka was cute, should I or shouldn’t I, is this real or is this pretend struggle between the two.  It was sweet, and I was rooting for them the entire time.  Loved this book, definitely need to go read the first book in this series just to see how it all began in this small town in Minnesota. 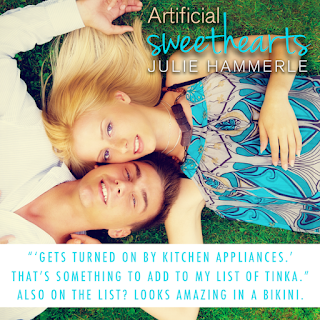 
a Rafflecopter giveaway
Posted by Cathy De Los Santos at 12:00 AM