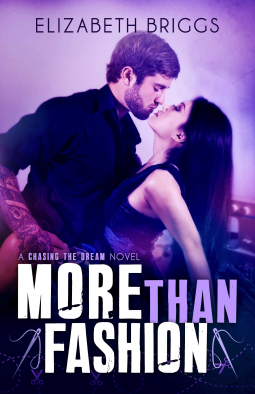 Description:
They’re enemies who will do anything to win...including each other.
When Julie Hong wins a spot on a fashion design reality TV show, she celebrates by picking up a hot English guy in a hotel bar. But too many drinks leads to a night of embarrassment and a major hangover, and wow is she glad she’ll never see him again. Until the show starts, and he’s on it too.
Julie quickly realizes she’s out of her league among the other designers, and Gavin Bennett, with his cocky grin and sexy accent, is her biggest competition. Julie can't decide if she wants to kiss him or kill him. Or both.
After she’s almost kicked off, Julie convinces Gavin to pretend they’re sleeping together for the camera. The ploy works, but as they get closer to the show’s finale their fake relationship starts to become too real. But only one of them can win the show—and they might both end up heartbroken.

I haven’t read any books that are based on reality shows, which hello is very big right now.  So how excited was I when I read this preview that it’s based on a competition about designing clothes, much like Project Runway which I watch religiously.  Elizabeth Briggs did a great job keeping you captivated from beginning to end rooting for certain people to stay in the competition and for the two main characters to get together.

We meet Julie who is about to go on an adventure in this competition to design clothes which she has dreamed of doing since she was younger, but the day before that she needs to have some fun.  She’s a love em and leave em kind of girl so she’s at the bar and spots her next conquest.  After many drinks she lures him over and one thing leads to another and they are heading to her room.  But when he speaks it’s like enchanting because not only is he very attractive, but he’s British to boot.  Who doesn’t like a sexy accent like that?  Anywho, beside the point, not really but it is, the two find a connection but things didn’t work out the way they wanted it to.

The show is about to start and who happens to be there, you’ve guessed it mystery guy and the story begins.  The two characters are so much alike but so different at the same time.  It’s funny because usually you see men being afraid of commitment but it was definitely Julie who was afraid of this.  The two of them complement each other design wise, but the story just gets more interesting with all the other competitors.  There are definitely glimpses of other characters from this series which I haven’t read yet but will definitely be reading soon.

There are some absolutely steamy scenes in this book which will not disappoint those wanting a little romance and spiciness to their reading.  The chemistry between these two characters are amazing, and then add in Gavin’s accent and stubble and super yum.  I couldn’t get enough of this book.  The sweetness of Gavin, the realness of Julie the two of them together just made me smile both inside and out.  I thoroughly enjoyed the cutthroatness of the competition and I thought it was depicted very well throughout the book.  I can’t wait to read the previous and future books in this series.

Overall this book was a great read.  Had an interesting story line, sexy vibrant characters, backstabbing “I ain’t your bitch, bitch” type of characters we love to watch on reality shows.  There was great fashion being designed, some I even had to look up because I wasn’t sure what it was, but very interesting.  I love learning new things from books.  The story flowed very easily and felt very natural.  I just can’t give enough praise for this book.  I may have rambled randomly but it’s only because I was just so loving everything about it.  The cover is very sexy and exactly how I pictured the characters, that’s always a plus and an even bigger incentive to find out more about the people on the cover.  Go read this, it’s worth it. 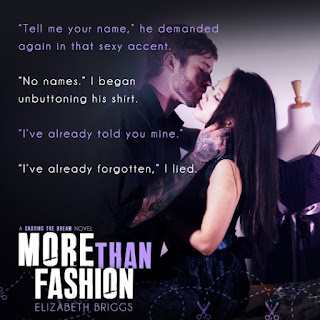 Disclaimer:
I received this book from NetGalley and Victory Editing, so that I may give my honest opinion and a review. Whether it is good or not please do not let it discourage you from purchasing/reading the book yourself and forming your own opinion. What might be good for me may not be good for you and vice versa. With that said, Happy Reading Everyone!!!