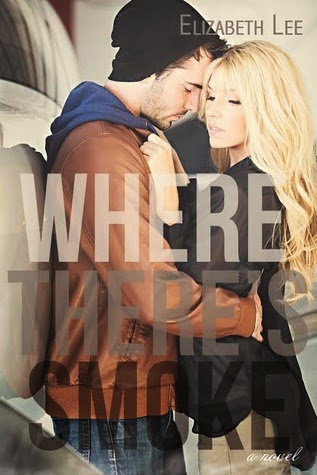 Description:
There is something to be said for letting go. Ryland Roberts knows that better than anyone. He'd let go of his ambitions, of his family and—most of all—of her. He'd perfected the art of putting his past behind him and accepted the fact that the town he wanted to leave in his rearview was the place where he was going to live out his days. But sometimes the past doesn't just go away. Sometimes it comes back to haunt you.

Piper Jameson convinced herself that she left for all the right reasons. She'd saved people by leaving—made sure that they weren't tainted by her rebellious ways. When her little sister asks her to come home and say goodbye to their ailing mother, she's forced to see that things aren't always as they seem. The people who she'd left behind might not have been saved at all.

In the amount of time it takes a bullet to travel from point A to point B, Piper and Ryland will have to put their feelings for each other aside and make a choice. Forced on the run with Piper's sister, they begin to understand that the future they thought was gone was never really lost.


This was the kind of book I just couldn’t put down. Not only was the story super-hot and sexy but it was original and beyond interesting as well.  This is my first book by Elizabeth Lee but it will definitely not be my last, she had me at the edge of my seat half the time wondering what they were going to do next, what would happen to all of them and most importantly talk about a cri me and a half. There was some serious material in this book, can we say hello Lifetime original movie!


We meet Piper who is on her way back to the hometown she thought she’d never return to, to say her goodbyes to her dying mother.  It was sad and all but I didn’t really feel a connection there, because this story isn’t about her mom dying, nope this is about her rekindling her relationship with her sister and with her ex Ryland.  Let’s not forget more importantly the rocky relationship she has with a stepfather who was nothing more than a controlling (enter bad word).  I don’t think I’ve ever disliked anyone from a book as much as I have disliked this character; Lee did an amazing job of making you feel a certain way towards each character in the book.


There was a lot of turmoil between Piper and Ryland but an undeniable connection that they couldn’t resist any longer.  When the two of them got together, the pages just got steamier and it wasn’t overdone and it wasn’t under done, it was just right, very realistic and possible and I think that’s what I enjoyed the most.  Elizabeth Lee has a way with words and emotions. I was truly addicted to these two. Despite the getting on parts in this book, again there was a crime that happened, and someone had to pay for it, or did they?  I can’t say what it was but it was well deserved and even through all the commotion when the crime was taking place even I felt chaotic reading it.  Who did it?  I had to ask myself that for a bit but I got it in the end, and man was this one a doozy but necessary.


Overall I thought this book was fantastic and I would unquestionably suggest book to anyone who wanted to read something new and refreshing, with a little heat on the side.  I can’t wait to find out what will happen in the next book because the sneak peak was exactly that a teaser that has me wanting more.  I can’t wait to find out what really happened to Hadley (Piper’s sister) and of course how it will turn out in the end.  This is a really great start to an interesting series.  I really like the cover too because it’s simple and I can absolutely picture Piper and Ryland in the cover models.
Posted by Unknown at 9:13 AM